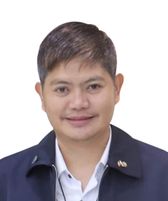 He also holds the following positions while serving as Member of the CDA Board of Directors:

* Chairman of Board of Ako Bisaya, Inc.;

*  Chairman of the Board of Directors and CEO of the Oriental Highlands Realty Corporation;

* Chairman of the Board and CEO of IGreen Forest Landscaping Corporation;

* Former Provincial Youth Coordinator of the Province of Bukidnon.

Asec. Villanueva III is currently finishing his Juris Doctor at St. Dominic de Savio College of Law after he transferred from the University of the Visayas Gullas Law School. He earned his Bachelor of Science in Commerce Degree, Major in Management minor in Economics from the San Isidro College School of Business, Malaybalay City, Bukidnon where he was also elected as the President of the Supreme Student Council of the entire school.

His passion and love for the cooperativism started with his involvement with Cebu CFI Community Cooperative (Cebu CFI) through its Founder and Chairman, the late Ret. Judge Esperanza F. Garcia in 2003.

Before coming to the CDA, he worked at the House of Representatives and held the following positions:

Asec. Villanueva brings with him to CDA his youthful vibrancy, compassionate leadership, experiential knowledge acquired through the years, dynamic and excellent interpersonal relationship skills- attributes necessary to rally forward his commitment of promoting people empowerment through the cooperatives movement.  In CDA, his active involvement in crafting    various Memorandum Circulars, benefited the cooperative sector as well as promote the interest of the Cooperative Development Authority as the lead agency primarily responsible for the institutional development and regulation of cooperatives.