The event started at 9:15 in the morning of September 7, 2021 with the preliminaries. The MIS Unit of CDA Region XI Extension Office flashed the ecumenical prayer, the Philippine National Anthem, the Cooperative Pledge, and the house rules onscreen. Later, the house rules were, again, discussed by the emcee, Ms. Juna May Z. Roble, CDS II, for emphasis. The event was participated by representatives from 239 cooperatives. It was also attended by Cooperative Development Officers and CDA officials and employees.

In his opening remarks, CDA Region XI Extension Office Director Ruben L. Cunanan, greeted the CDA officials in attendance, especially Asec. Abdulsalam A. Guinomla, and the resource speakers from CDA Head Office, and then greeted the cooperative leaders and members, and CDA Region XI EO employees. He welcomed them to the CDA Biyaheng Kooperatiba: Tuloy-Tuloy na Biyaya sa Kooperatiba (Coop-CDA Partnership Caravan) and invited the cooperative leaders and members to actively participate in the event. Thereafter, a pre-recorded message was delivered by the Chairperson of the CDA Board of Directors, Usec. Joseph B. Encabo. He encouraged the participants, in Filipino, to work together “para sa pagbabago.” A member of the CDA Board of Directors and the Head of the Education, Advocacy, and Union cluster, Asec. Abdulsalam A. Guinomla, provided an introduction and the rationale and direction of the New CDA.

Head of the Cooperative Project Development Assistance Section (CPDAS) at CDA Region XI Extension Office, Ms. Doreen R. Catayoc, made a presentation on the initiatives of CDA and its plans and programs. The discussion on the selected provisions of the Implementing Rules and Regulations (IRR) of Republic Act No. 11364, otherwise known as the Cooperative Development Authority Charter of 2019, particularly the Regional Clustered Organizations (RCOs), was facilitated by Atty. Frederick Joe N. Robles, Attorney IV of the CDA Legal Division. Immediately thereafter, an open forum on the specific provisions of said IRR about the RCOs, was facilitated by Ms. Roble, Atty. Robles, and Atty. Mona Liza A. Juarez, Director II of the CDA CSF Department. The MIS Unit assisted in the conduct of the poll survey. Some of the participants voted through chat.

After the conduct of the poll survey, the attendees were surprised when they were graced by the presence of Usec. Encabo who joined the platform. Usec. Encabo said in Cebuano that the result of this consultation will ultimately form part in crafting policies for the welfare of cooperatives. He, then, congratulated the CDA Region XI EO under the leadership of Dir. Cunanan for the success of the event. The emcee, Ms. Roble, facilitated the photo-op of all the participants.

The Supervising CDS of CDA Region XI EO, Mr. Antonio C. Escobar, remarked that CDA plans and programs for cooperatives through partnerships with other government agencies “exemplify the present administration’s thrust of the whole-of-nation approach.” He assured the cooperatives that CDA will be behind them in supporting the RCOs, SAOs, and NAC that are “well-founded hierarchies” and are not “controlled by the few”. 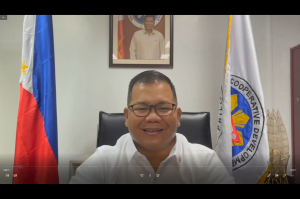 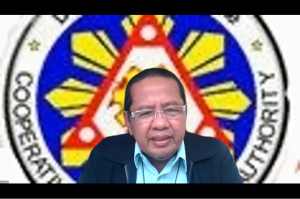 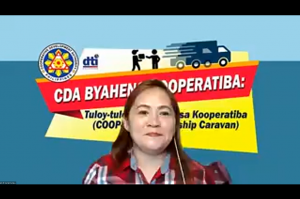 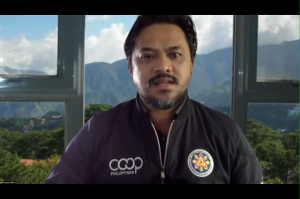 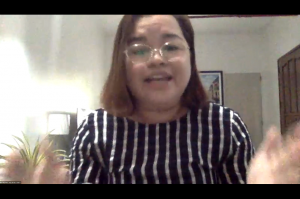 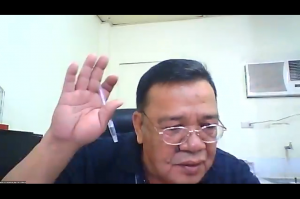 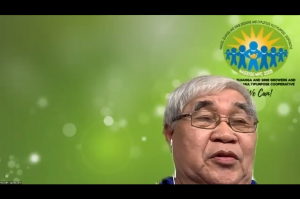 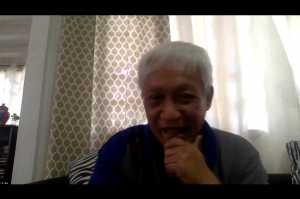 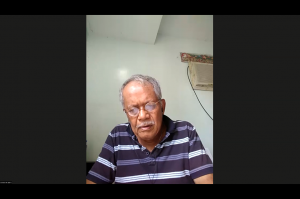 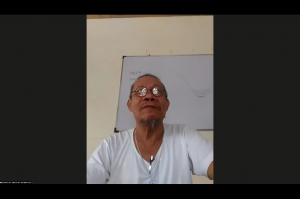