In response to the call of Mayor Beverley Dimacuha to establish cooperative markets in different barangays in Batangas City to reduce the volume of people buying in the Public Markets, Tulo Multipurpose Cooperative, together with some other cooperatives, established Barangay Coop Markets.

The Tulo MPC originally served its members through lending operation, retailing of rice and water refilling station. However, when the idea was brought to them to engage into a variety of food commodities, the officers called volunteer members to help. Fortunately, many members signified their intention to assist. As early as 2:00 in the morning of March 30, 2020, five (5) volunteer-members went to the Batangas City Public Market, each with planned destinations. Volunteering members were assigned commodities to buy and sell. The one assigned to sell a commodity is also the one assigned to buy such from wholesalers in the public market. Food items that they were assigned to buy are grocery, meat, fish, fruits, and vegetables. 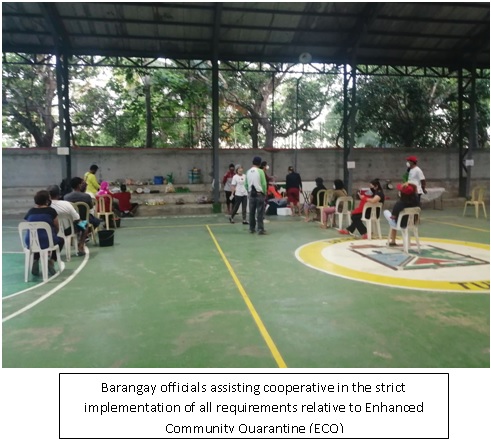 As the members are volunteers, they do not receive any allowance from selling and only free meals were given to them. The sacrifice of the volunteers did not go to waste because their work became lighter through the full support of the barangay officials. They are the one implementing rules on proper distancing and the sellers are properly suited with complete PPE. Customers from the beneficiary barangay are not allowed to purchase if they are not properly protected as well. It is expected that Tulo MPC can sustain this operation due to the full support of its members and of the locality.The coop market is scheduled to operate every other dayfrom 6AM to 12 noon.However, as early as 10AM, all their products are already sold. 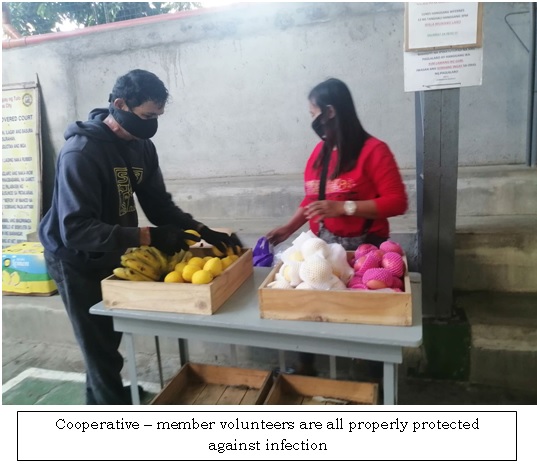 San Isidro MPC is already engaged in consumer store operation. They just added fish, meat, and more vegetables and fruits in order to provide the basic needs of its community.

SIDC has satellite offices in Conde Labac, San Miguel, Pinamucan, Sta. Rita, Pallocan, Tingga Itaas, Soro Ilaya, SoroSoro Ibaba and Balagtas which are already engaged in the provision of basic commodities, submitting to the local barangay ordinances as to the extent of food commodity that is allowed but on the call of the mayor, it is expected that they will be able to sell a wide variety of food commodities. (By: Ms. Elizabeth D. Arago)