The Labason Multi-Purpose Cooperative was originally an LGU    employee-based cooperative formed primarily to serve the employees of the Local Government Unit (LGU) of Labason. It was formally organized on May 2, 1996, when some officials and employees of the National and Local Government Unit of Labason gathered together to organize a cooperative which was named LABASON OFFICIALS AND EMPLOYEES MULTI-PURPOSE COOPERATIVE. 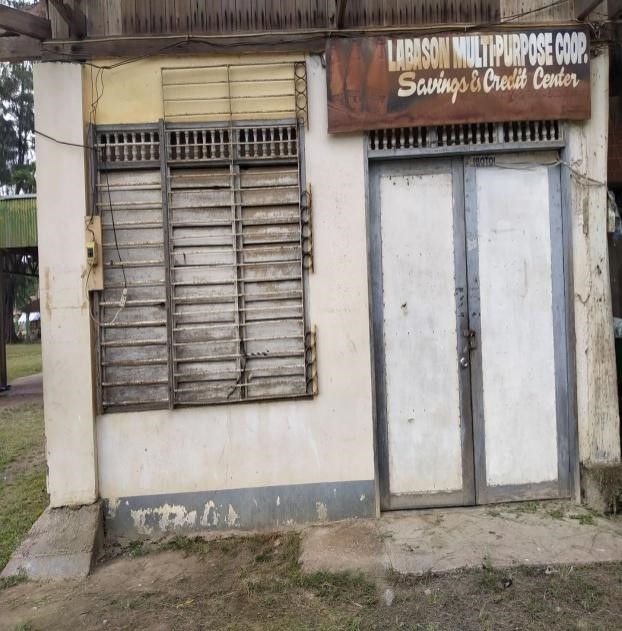 Its initial paid-up capital of Ten thousand One Hundred Fifty (10,150.00) pesos was used by the cooperative as initial capital for its lending business. Members work hand in hand to augment their capital through fundraisings like basketball invitational tournaments, disco, boxing, derby, and raffle tickets.  It was finally registered to Cooperative Development Authority (CDA) at Pagadian City on August 20, 1996, with a Registration Number of PAG.1425.

It started its grocery business in the year 2000 with only the basic daily needs sold in the store located at the municipal gymnasium. However, it was observed that many tend to borrow capital from loan sharks. The officers, as sensitive as ever to the needs of the members, resolved for the creation of a Credit Department that accepts Savings at 4% per annum and time deposits at 10% per annum which was more competitive than average commercial banks. Thus, indirectly savings mobilization and capital build-up as a common problem of most coops were neutralized.

The cooperative secured accreditation from the Land Bank of the Philippines to avail of additional capital to meet members’ needs. The LBP granted a 1 Million credit line in its rediscounting program. Members can avail of loans as much as their net take-home pay warrants. Capital for grocery business was also increased. Aside from regular loans, members can also avail themselves of emergency and petty cash loans.

In anticipation of further changes and developments, the Board of Directors proposed major amendments in the cooperative bylaws including amendment of its name to Labason Multi-Purpose Cooperative which was approved and registered with the CDA in 2001.

The Cooperative gained tremendous popularity in the community which caused the phenomenal increase in membership. This vital transformation created an impact in the locality particularly the way of living of the people. The Labason Multi-Purpose Cooperative created an image worthy of trust and confidence from the public being proactive and creative.

The year 2005 – marked the increase in job generation by hiring sales clerks. Policies on Mortuary and Members’ Savings Operation (MSO) were approved and took effect. MSO was launched and the office is dubbed as the Savings and Credit Center of the Labason Multi-Purpose Cooperative. 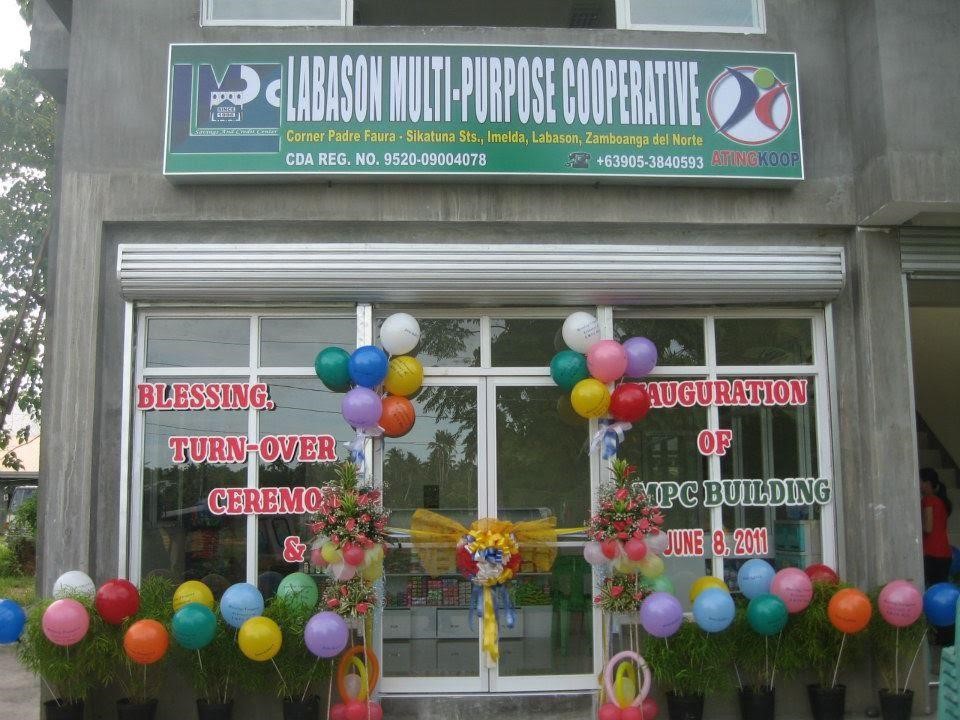 The officers in their desire to further the growth of the cooperative decided to pass a resolution asking the Local Government Unit of Labason, to donate a lot for the coop to construct its office which was granted. So, in its strong endeavor to build an office of its own, finally, the cooperative have constructed a 3 story building at the corner of Padre Faura – Sikatuna Sts., Imelda, Labason, Zamboanga del Norte in the year 2010.

On the occasion of celebrating the Cooperative month last October 2011, the cooperative received awards given at Dipolog City last October with the following;

In its participation in the community, the cooperative also received Certificates of  Recognition from Institutions in the community namely: St. Mary’s Academy of Labason in 2012 and 2013 for giving help and cash donations to the FHS Alumni Association. The municipality of Labason through the Rural Health Unit also gave a Plaque of Recognition to the cooperative for its financial support in Operation Libring Tuli and Tanggal Bukol Part III.

Certificate of Recognition and Affiliation was also received from the Philippine Federation of Credit Cooperatives – Mindanao League (PFCCO-ML). The Cooperative is one of the Outstanding Member Cooperative of PFCCO last 2017.

The cooperative availed of the Rice mill (FLGC III), Multi-purpose drying pavement from DARFU IX granting of  P2.5 million worth for the construction. The coop acquired a 3,000 square meter lot where the rice mill and drier were constructed at Lopoc, Labason, Zamboanga del Norte. 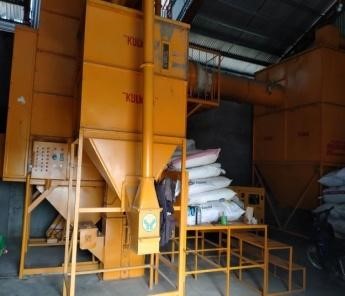 In March 2017, the cooperative opened its branch office at Poblacion Gutalac, Zamboanga del Norte to cater to the needs of members in the area including the municipalities of Baliguian, Sirawai, Siocon, and Sibuco.

Labason Multi-Purpose Cooperative does not focus only on business operations but also concerns the community. In celebration of the Cooperative month 2018, LMPC sponsored a volleyball tournament Inter-High School boys and girls. Seven schools participated, games were played on four Saturdays and Sundays. The champion received a trophy and a cash amount of four thousand pesos, second- three thousand plus trophy, third two thousand and trophy, and consolation of one thousand to the participating teams.

In the year 2019, the Labason Multi-purpose Cooperative has received the plaque “2019 Villar Sipag Awards” top 10 which is the poverty reduction challenge. The Cooperative has given the most outstanding community enterprise last December 13, 2019. And also received the cash award of P250, 000.00 for the construction of a corn mill warehouse(bodega) project.

The Cooperative also concerns for the welfare of people in the community are expressed through health and nutrition programs especially this time of the pandemic. 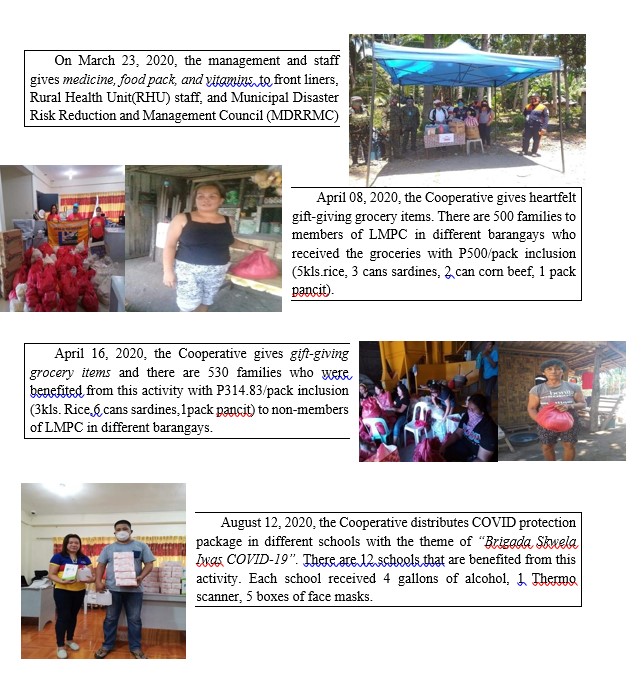 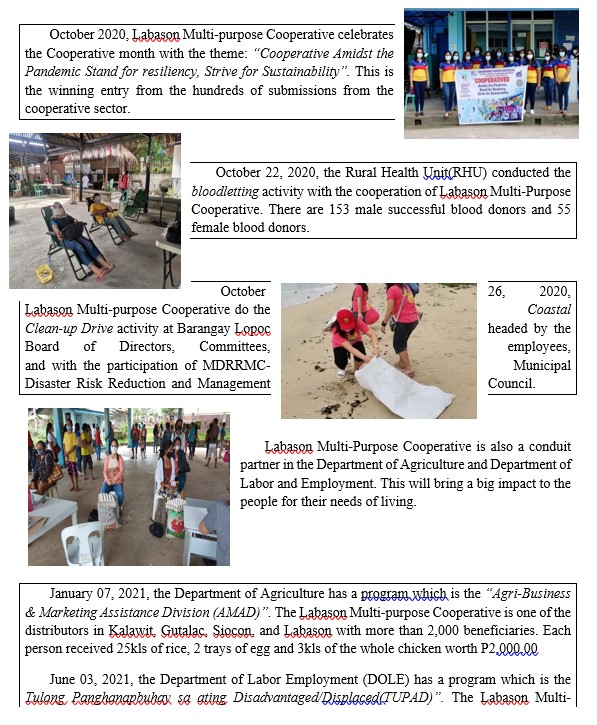 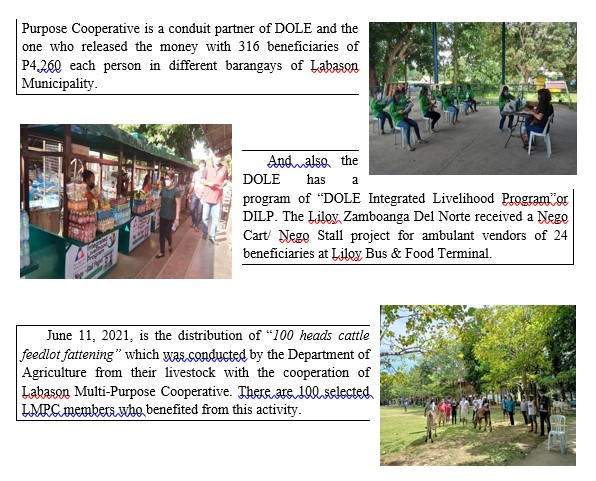 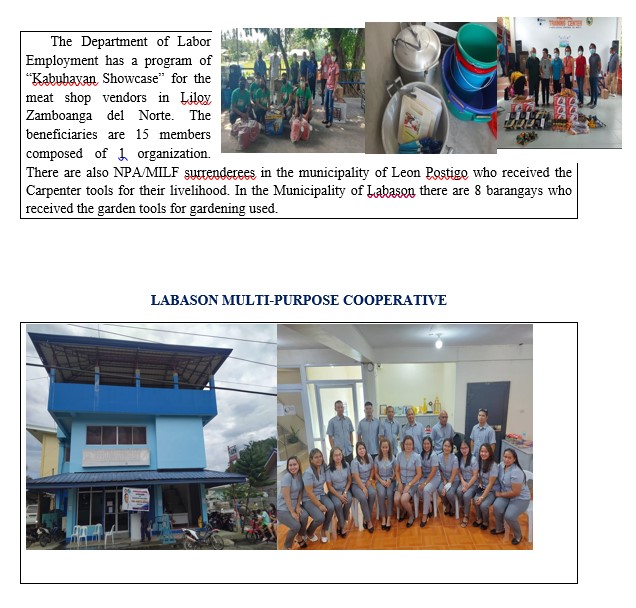 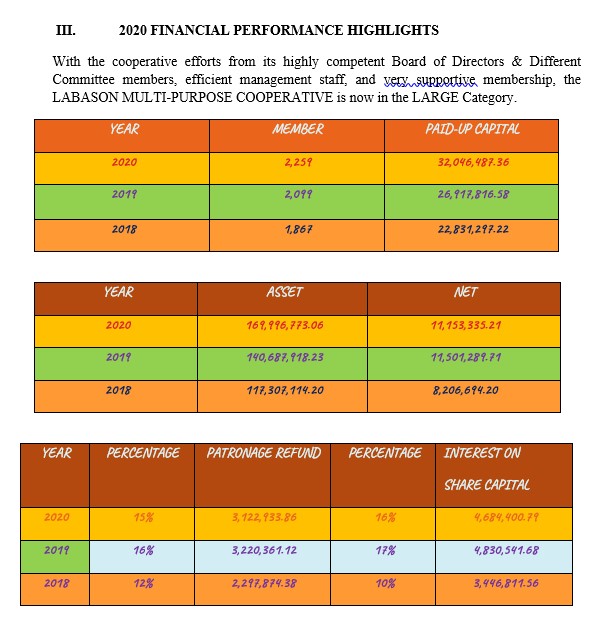