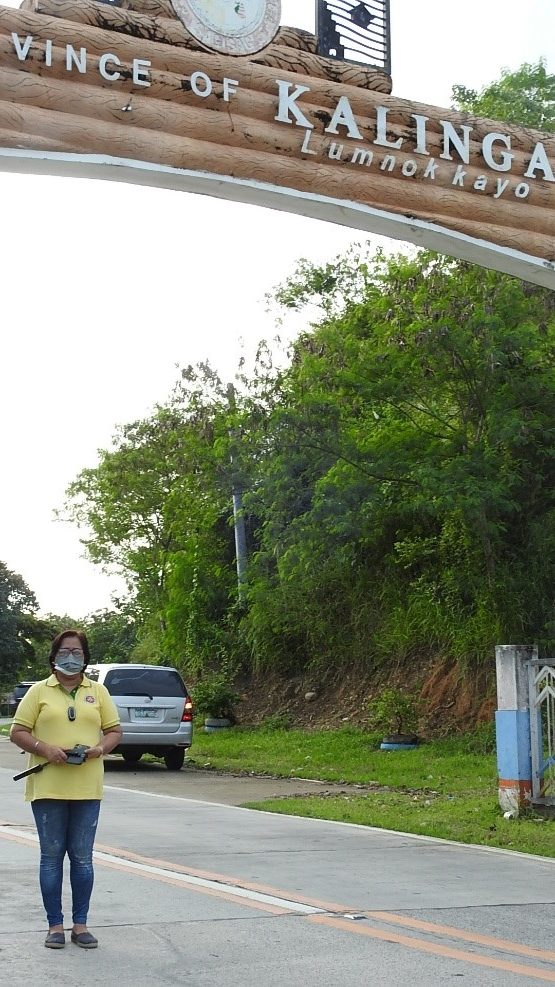 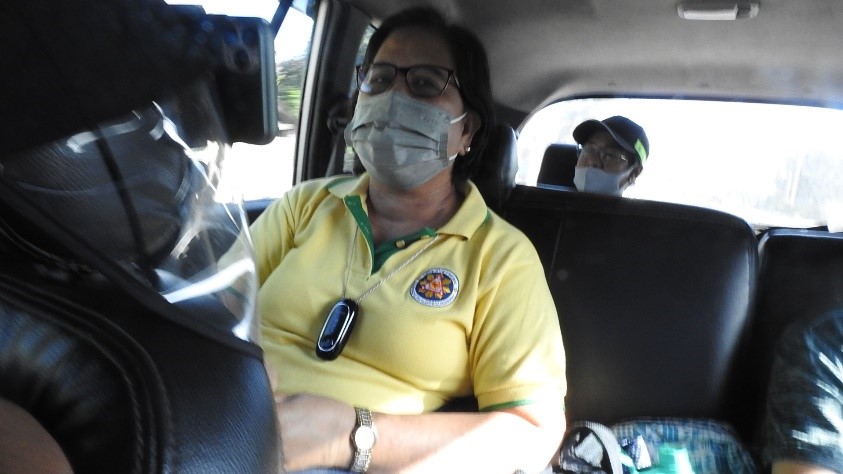 Videoconference on the Road to Kalinga

Up and down the winding road of Ambuklao to the plains of Isabela, Cagayan just to reach the plateaus of Tabuk, Kalinga, CDA-CAR Dir. Marieta “Mayet” Hwang and company works on the way via videoconferencing in the new normal to make the nine hours travel time productive.

Within these precious hours while on travel, Dir. Mayet opened the day by giving a message to launch the K-POP Program or the “Kooperatiba Para sa Kabataan – Programa at Oportunidad na Pangkabuhayan” – a program intended to access different government supports which are crucial in the growth and promotion of this new type of cooperative, the Youth Cooperative.  The event was also attended by speakers from different government agencies such as the DTI – who presented their YEP program or the “Youth Entrepreneurship Program” and TESDA also presented their various youth training and scholarship programs.

In the afternoon, the director also opened and introduced the concept of the first ever Online Quiz Bee for cooperatives in the Cordillera Region using the Kahoot platform. This does not only aim to test the basic coop concepts of the participating cooperatives but more importantly to stressed to the cooperatives the importance of the having an official social media account – a point well emphasized during the launching of the CAR COOPNET held the week before.

Lastly, the workaholic director made her final videoconference attending the Exit Conference of the Internal Quality Auditors in compliance with the requirements ISO 2015:2009. The IQA members initially reported a total of 73 non-conformities. Therefrom, it became 39 during the follow-up audit. The Director closed the program reminding everyone not only to comply with the findings but make it a habit to continue maintaining compliance thereafter. All this for the welfare of the client and the improvement of services rendered.

Upon arrival at Tabuk after the long travel, the Director’s first visit in the province was a warm welcome of banners from the coop sectors and partner LGUs. She made a “Meet and Greet” meeting with the head of the PCEDO-Kalinga Provincial Coop Officer Arlene Oyando as they enjoyed their first ever face-to-face conversation in a dinner at the Golden Berries Hotel. 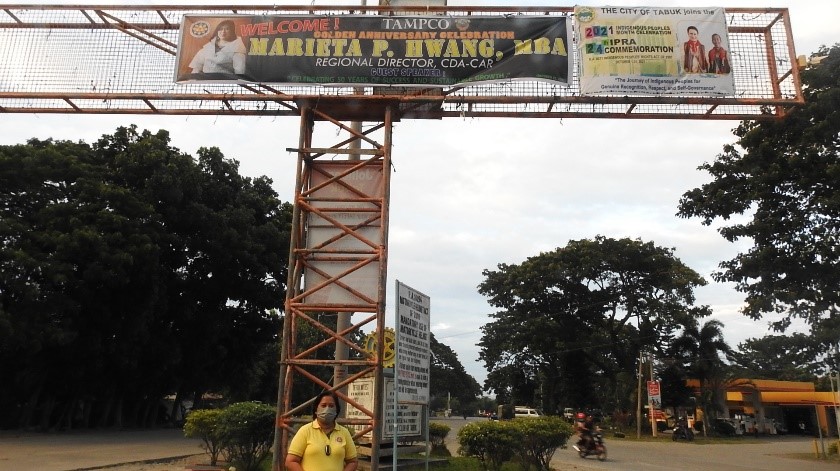 Traversing the Cooperative Landscape thru Land and Air-Waves

As the “Mother” of the cooperatives in the region, Dir. Mayet finds as her duty to know her children – as a natural mother does.

Day one in “The Land and Tribes of the Braves”, the enthusiastic “Mother” director was joined personally by the “Father” of the city, Mayor Darwin Estrañero. In facing the cooperative sector ­­who fully occupied halls of the Golden Berries Hotel during the regular Koop-Kapehan sponsored by the City of Tabuk, the keynote speakers were backed by the governor of Kalinga represented by the provincial administrator Atty. William Puday Jr, Committee of Cooperatives Board Member Tarnate, Board Member Fred Pangsiw, the full force of the City Cooperative Entrepreneur and Development Office headed by Ms. Catherine Lee Eura and the Provincial Cooperative Entrepreneur and Development Office headed by Ms. Arlene Oyando.

PCEDO welcomes all the participants in attendance while CCEDO reports to everyone the state of cooperatives in the city. Atty. Puday delivered the solidarity message of the province’s governor emphasizing on cooperative development while Mayor Estrañero speaks of the indispensable contribution of cooperatives not only to the local economy but also to job generation and poverty reduction. Finally, Dir. Hwang stressed, among others, the importance of adopting the CAR-CoopNet as a means of transaction in the “new normal” as she updates every one of the CDA-CAR’s programs.

The afternoon was a coop-visit to some of the nearby cooperatives. At Saint Anselm Credit Cooperative – a church-based cooperative of fruit producers, the Director said that a cooperative organized by cooperators who truly have fear of God will undoubtedly grow in no time as shown by its large Koop-Kapatid, the Holy Trinity Cathedral MPC. Also, at Gawidan Malin-awa Marketing Cooperative, not only did the Director praised the cooperative’s organic Robusta coffee export quality products but also commended the cooperative for immersing the youth in its business operation.

So much was learned and shared by everyone for the day that even during lunch-time, the Director waste no time to talk to the coop-sector via radio guesting to speak of the programs of CDA-CAR at 103.7 Radyo Natin Tabuk and another radio guesting before dinner at DZRK Radyo Pilipinas Tabuk.

All these just to reach more to her children! 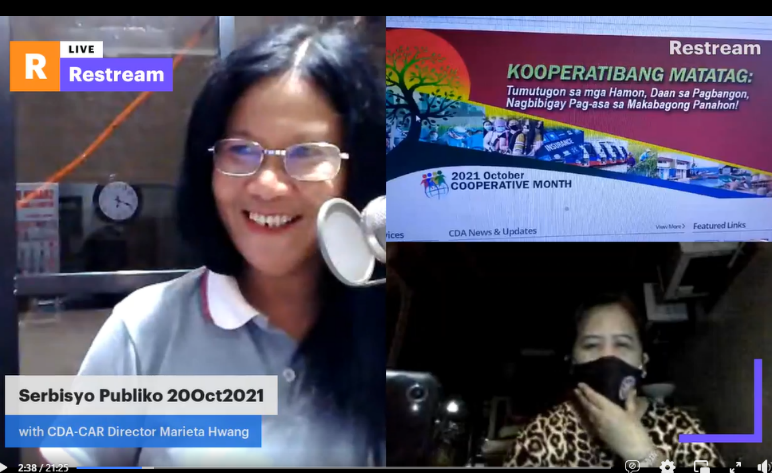 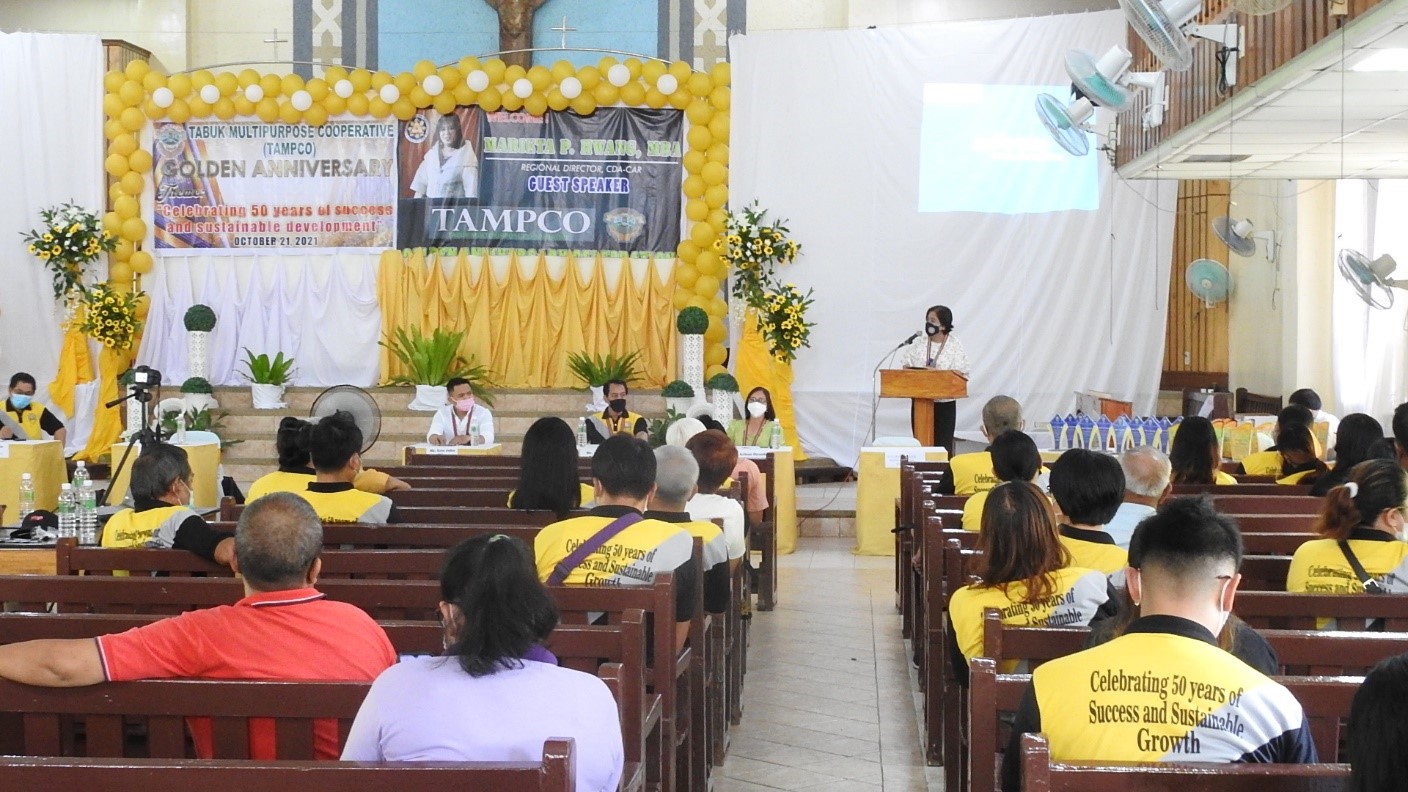 Graduation of a Billionaire

A celebration for another fifty more years!

Tabuk Multipurpose Cooperative (TAMPCO) – the one and only billionaire in the province and the region’s second biggest cooperative, also celebrates its Golden Anniversary after the approval of it certificate of re-registration, a few days earlier, extending its term of existence for another fifty more years.

Its celebration started with a thanksgiving mass at the St. Thomas Parish. The homily speaks of “Greatness” as being a servant and slave to the people – which is what a cooperative does and what a cooperative will. It was followed by the recognition of the incorporators and the awarding of cash amounting to approximately PhP120,000 as a way to recognize the relentless efforts of loyal employees. Moreover, a total of PhP140,000 cash prizes was also given to winners in different cooperative sponsored contests.

Concurrently, day two in Kalinga marks the first 50 days of Director Mayet in CDA-CAR since her transfer on the 1st of September 2021 – what a coincidence! 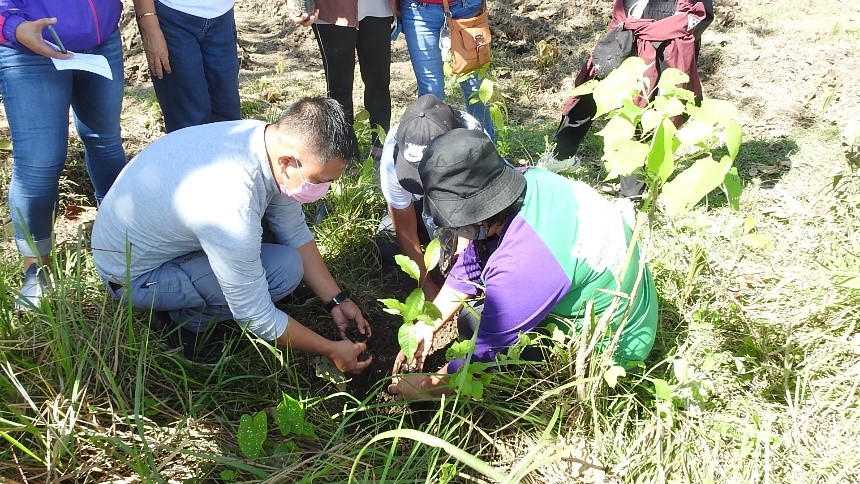 Tree-Planting: The Planting of Hope

As the ride to the Kalinga is about to end on the third day, the journey culminated by attending a Tree-planting activity of the Kalinga OFW Agriculture Cooperative, a small cooperative who adopted Matucnang Elementary School for this year’s appropriation of its remaining Community Development Fund. The Director explained that one of the reasons why cooperatives are tax exempt is because they directly give back to the community through these social activities, which is why in the next regular inspection of cooperatives, the Authority will look into the usage of these CDFs.