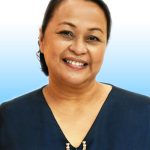 Assistant Secretary Myrla B. Paradillo was born on March 12, 1970 in Misamis Oriental. She was married to Mr. Celestino Paradillo and a mother of two handsome children. She finished her Master in Public Administration at the Polytechnic University of the Philippines Sta. Mesa, Manila.

On August 23, 2018, President Rodrigo R. Duterte signed her appointment paper as Administrator representing Luzon vice former Adm. Eulogio T. Castillo, where she assumed office on August 31, 2018. On December 3, 2019, she was appointed as member of the CDA Board under the new CDA Charter, for a term of six (6) years.