At the start, there were only 60 original members comprising the cooperative, mostly workers and staff from different lending companies who were members of the “ILIGAN CITY AND LANAO DEL NORTE LENDING INVESTORS ASSOCIATION, INC. (ICLLIA)”

As part of the social responsibility goals of the said Lending Investors Association, ILMISOR MPC was created. Earlier on their operations, ILMISOR MPC’s initial authorized capital was only P240,000.00. The First Chairman was Nelson R. Labis, Ruben Taporco as Vice-Chairman and Coop Manager, Alejo Blanco Sr., Benjamin Pepito, and Bebiano BaÑez as Members of the Board.

In 2012, their authorized capital was amended to PHP 10 Million. In 2013, their charter was amended again to increase the authorized capital from 10 million to 20 million and also to change the name to “ILIGAN CITY LANAO DEL NORTE MISAMIS ORIENTAL MULTI-PURPOSE COOPERATIVE” (ILMISOR MPC). In the same year, ILMISOR MPC joined the “COOPERATIVE UNION OF ILIGAN CITY” (CUIC), as their secondary cooperative.

In 2015, ILMISOR MPC installed a computerized system for its operations using the Micro-Banking software of MASS-SPECC. To date, members are more than 600. The cooperative continues to grow and flourish as many members joined the ILMISOR MPC. The leadership styles of their present Board of Directors especially to Chairman Bebiano BaÑez, ILMISOR MPC was able to transfer to a much bigger office located at RM. 304, Abalos Bldg., Aguinaldo St., Iligan City. 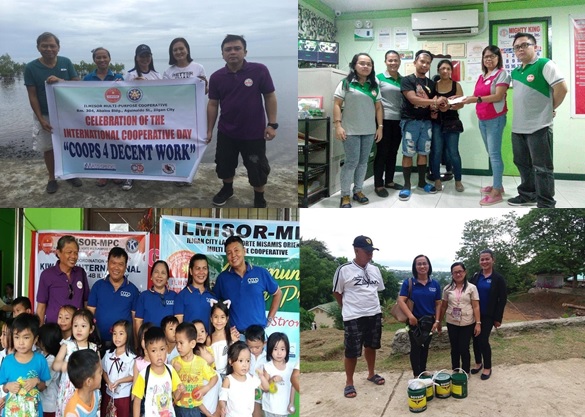