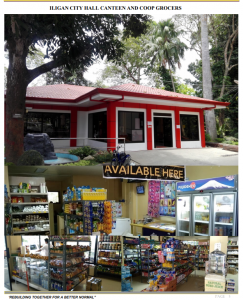 The Iligan City Government Employees Multi-Purpose Cooperative (ICGEMPC) was established in 1995 in Buhanginan Hills, Pala-o, Iligan City as a worker-owned cooperative. It was registered with the Cooperative Development Authority at Kidapawan Extension Office (CDA-KEO) with Reg’n No. RN – 2003 – KFO, March 15, 1995. The Coop was organized to (a) promote the Cooperative for improving the socio-economic well-being of the members (b) as a way to eradicate the continuing proliferation of loan sharks which is very rampant in the area particularly in the City Hall and (c) to encourage key players in joining hands and envisioning the creation of a strong cooperative with members actively contributing to its strength and stability. The pioneers of ICGEMPC were composed of 17 regular employees from the City Government Office who also acted as their first set of members and officers. ICGEMPC’s first General Assembly was also held on February 19, 1995, one of their first agendas was the ratification of their Articles of Cooperation and By-Laws. Eventually, they registered with the Cooperative Development Authority (CDA).

In December 1995, ICGEMPC was granted with Php1,000,000.00 loan by the City Government of Iligan under the City Livelihood Assistance Program (CLAP). The loan served like a magnet attracting new members, especially that the loanable amount was three times the members’ capital build-up and the interest rate was only one percent. For this reason, ICGEMPC’s membership has increased significantly.

Despite ICGEMPC’s drastic growth and progress, the latter experienced and encountered problems like coop’s drawback on their operations and their transactions had become too complicated. One of ICGEMPC’s major problems before was the lack of sound and honest financial reporting and issues of corruption and conflict of interest by officers also hounded the cooperative. This created discontent among the members and caused massive withdrawal from the cooperative. However, there were those members who persevered and remained loyal to ICGEMPC during those difficult times. Fortunately, ICGEMPC was able to recover when a new set of officers was elected in the year 2004. The cooperative was able to hire a manager to oversee the preparation of the financial report and have it audited by an external auditor. A breakthrough happened in ICGEMPC after patronage refund for the year 1995- 2003 was distributed to the members.

The dark age of ICGEMPC may have long been gone, but it will still be remembered as it strengthened the cooperative. The lessons had become part of the history and the cooperative has moved – on to new heights of development and solidarity. Now, ICGEMPC is charting a new level of challenge of growth by making it a progressive cooperative that inculcates the value of cooperation that will inspire and mobilize the community towards sustainable development. As of December 2016, ICGEMPC has reached 60% of the total regular employees of the City Government of Iligan. The cooperative is a closed type specializing in the credit business.

ICGEMPC is now 26 years in service from the date of its registration in the Cooperative Development Authority, with an asset of Php 80,000.000.00 (80 Million Pesos).