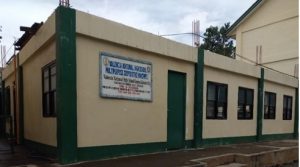 Through the effort of the TLE teachers who shared a meager amount to start a business, the Valencia National High School Multipurpose Cooperative (VNHS MPC) was born. It just started with cooking and selling “benignit” to students in the amount they could only afford. Since most of the students came from the family which income was only enough for survival, the teachers found joy in helping them with a glass of nutritious “benignit” at an affordable price. The situation encouraged the teachers to hold on to this project as an access to support the school programs and activities. On June 14, 1993, the department met and formed the Teachers’ Entrepreneurial Club which composed the teachers handling the T.H.E. subject.

After the construction, the club decided to convert the entrepreneurial club into a cooperative based on the Executive Order No.95 and DECS Memorandum no.408, s.1995. A consensus was passed to the Teachers and Employees to conduct a Cooperative Pre-membership Education Seminar (PMES) to form the cooperative on March 13, 1995. After it, a two-day seminar for (PMES) was held on April 10-11, 1995 with 36 Teachers and Employees in attendance out of 60. On October 31, 1995, the Club turned over the management of school canteen operation to the VNHS MPC through DECS order no.55 s.1996.

From then on, the VNHS MPC strongly support whatever Dep. Ed programs and activities that were implemented in the school by giving a school share as embodied in the MOA Dep. Ed Order No.8 s. 2007 which provides for the Revised Implementing Guidelines on the Operation and Management of School Canteen in Public Elementary and Secondary Schools and giving financial support during the different contests which involved the students and the school. The cooperative does not only cater to the needs of the school and the students but also the needs of the teachers especially the members. 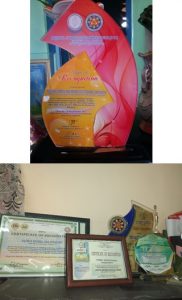 On its journey, different challenges hammered it already but through the expertise in the management of the founder (Mr. Enrique C. Banaag), VNHS MPC survived independently without external borrowings. The next batch of successors under the leadership of Ms. Guadalupe O. Blanco with the Board of Directors and Officers faced a lot of challenges again but with the aid of the Divine Providence, each battle was conquered successfully.

VNHS MPC has been continuing to soar high with its achievement at hand and involvement both in the community and cooperative-related activities. Presently, under the Chairmanship of Mr. Emelio R. Fiel Jr, it ventured into a new cooperative building with the help of PFCCO through the Land Bank of the Philippines. It has been growing into a bigger group with its increasing members of 143. Although, the COVID 19 pandemic greatly affected the cooperative business’ activities nothing can stop the Board of Directors, officers, and members to willingly do their share. These commitments, dedication, and cooperative support serve as the organization’s armor and strength to continuously overcome whatever challenges that would hinder its goal toward a better cooperative. Each struggle undertaken by the cooperative was already proven in the past not only as an individual fight but a cooperative fight toward survival and sustainability, the only proof why until today VNHS MPC still exists.