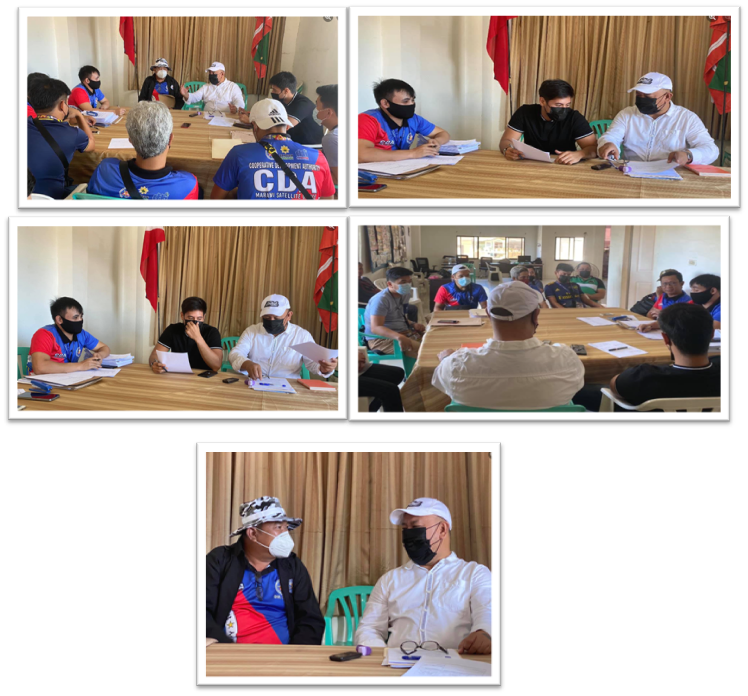 II. June 28, 2021 | On the topic, “Ang Malalim na Kasaysayan ng Kulturang Pilipino at Ang Kahalagahan Nito”, CDA Asec. Pendatun B. Disimban stated during his speech at the Head Office’s convocation that knowing and learning the roots of our culture and the cultural differences of one another are keys to one’s identity. These help us build a sense of pride and help establish good relationships with our fellow men. He also mentioned how the Chinese, Spaniards, and Arabs, as well as other significant people and events in the past influenced us, Filipinos, in becoming who we are now.

The convocation was attended by Chairman Joseph B. Encabo, other CDA Board Members, CDA Executive Committee, and other CDA Head Office personnel. It was held at the CDA Head Office via a blended set up (Zoom and face-to-face). 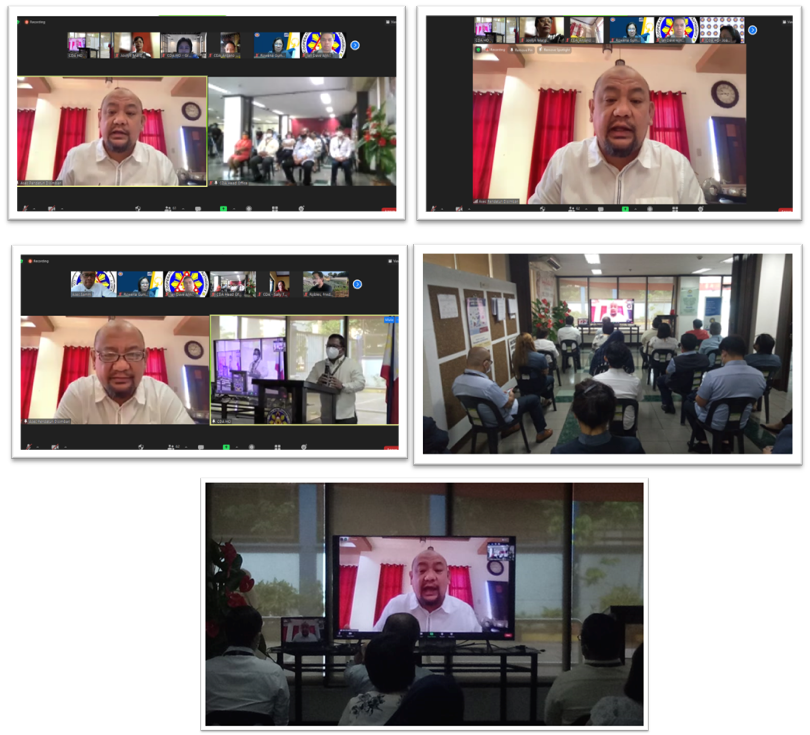 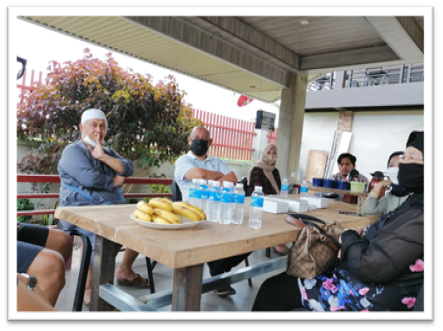 V. PIKIT COTABATO | 18 June 2021 | CDA Asec. Pendatun B. Disimban, together with CDA Asec. Abdulsalam Guinomla, and CDA Region 12 Director Amenodin Elias, showed support by attending and delivering a message in the Groundbreaking Ceremony of the Office of BTA MP Diamila Disimban-Ramos and the Ministry of Public Works in building the 2-storey Cooperative and Women Multipurpose Building in Brgy. Batulawan, Pikit. Asec. Disimban led a series of RCO General Assembly and Election of Officers for the CMPL Cooperative Cluster. This was held from May 17, 2021 to June 3, 2021. A total of 1,123 participants from cooperatives and CDA attended these events. 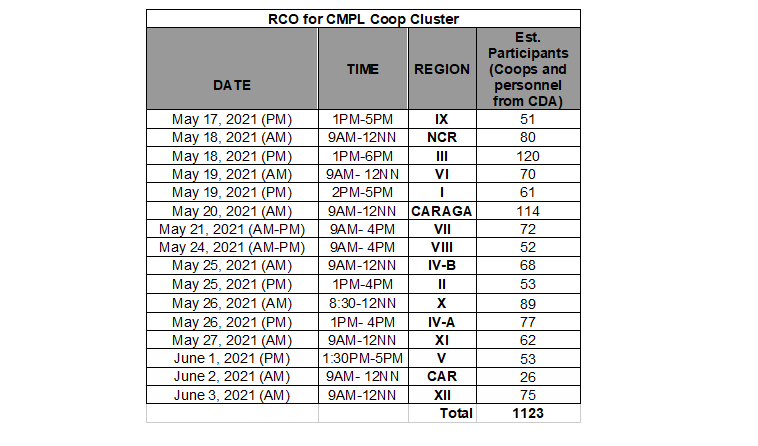 IX. ASIU, LANAO DEL SUR | 03 May 2021 | CDA Asec. Pendatun Disimban attended and delivered a message during the Ground Breaking Ceremony of the Construction of TDIF Water System Project on Monday, 03 May 2021 at Grand Mosque Jamaah in Brgy. Buadi-Amaloy, Masiu, Lanao del Sur. The event was spearheaded by the Office of MP Diamila Disimban-Ramos. 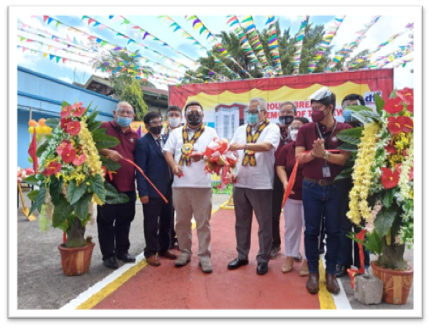 1. To have an overview about the CMPL cluster
2. To identify and acknowledge the support being given by the Department of Trade and Industry and of the Office of the President to the cooperatives.
3. To present the statistical data on the CMPL cluster that will provide an overview of their current status which may be helpful in formulating developmental interventions to scale up their programs and services for their members.
4. To have an overview as to where and how the CMPL Cluster will become part of the RCOs, SAOs, NAC as consultative and coordinating body of the CDA.
5. To discuss and address relevant issues affecting the CMPL cooperatives. 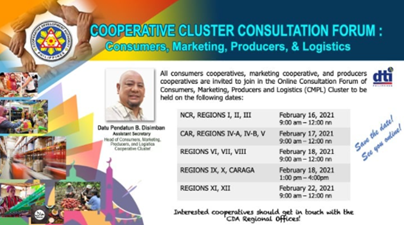 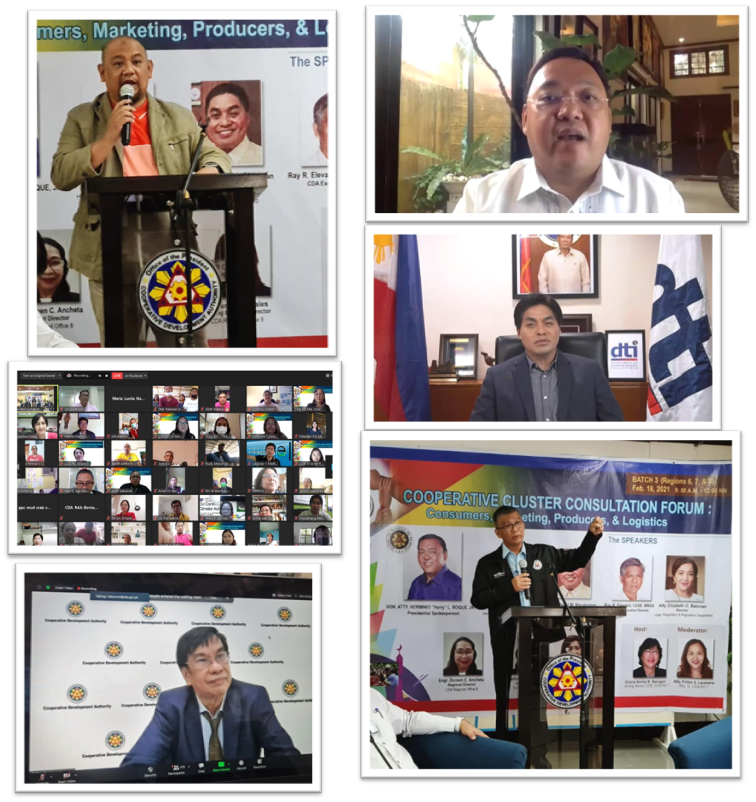 A. February 8, 2021, 9am | After the BOD approved the creation and composition of the Project Management Committee (PMC) for the Construction and Establishment of the CDA Marawi Cooperative Livelihood Training Center, CDA Asec. Pendatun Disimban, Chairman of the said PMC, held a meeting with PMC members to discuss CDA’s next actions relative to the construction of the aforementioned training center. Sangcopan of MSU Land Use Committee, CDA National Officials, LGUs, some BTA-BARMMM Officials, and more than 200 Cooperative Leaders from Marawi City and Lanao del Sur. The construction of the said training center was funded by Task Force Bangon Marawi amounting to P25 Million while the lot of 7,500 square meters was donated thru a usufruct agreement by Mindanao State University System. XIV. JANUARY 22, 2021: The first face to face Board Meeting of the Cooperative Development Authority after 11 months due to Covid 19 Pandemic was held at Seda Hotel, Cagayan de Oro. The meeting was conducted the day after the entire members of the board attended the ground breaking ceremony of CDA Marawi Cooperative Livelihood Training Center in Marawi City. 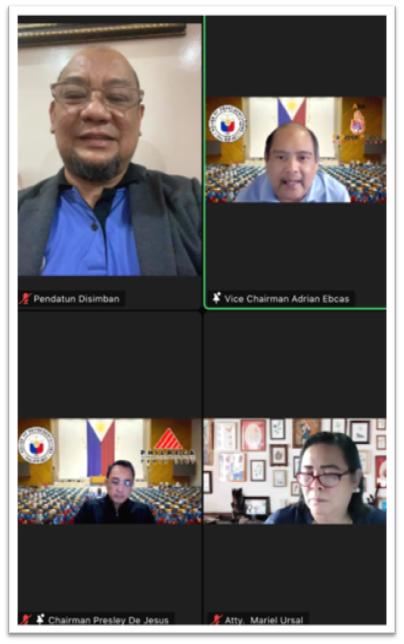