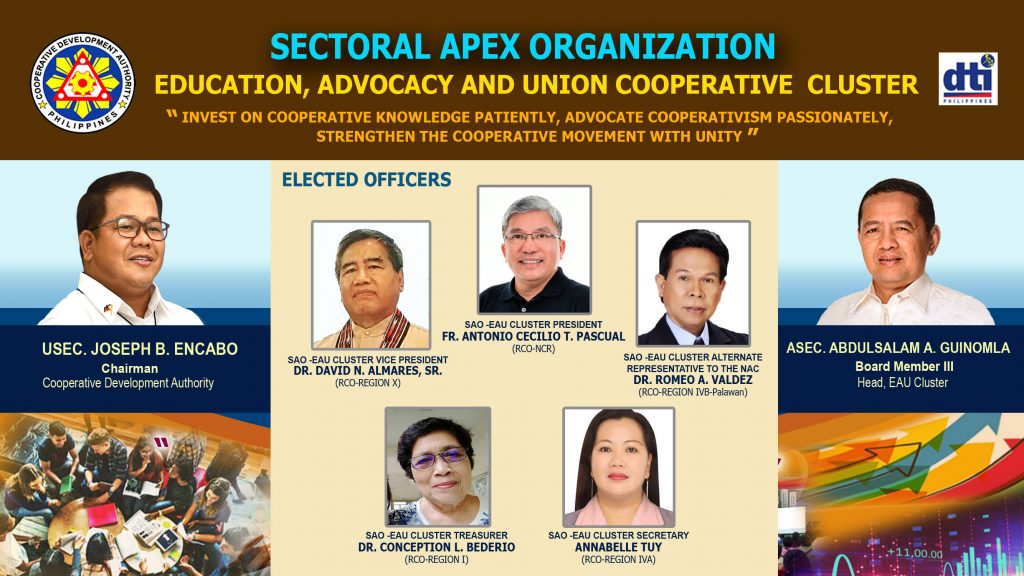 On June 23, 2021, the Sectoral Apex Organization (SAO) for the Education, Advocacy, and Union Cooperatives (EAU) Cluster convened a general assembly via the Zoom platform to elect five (5) leaders in the SAO-EAU Cluster.

The meeting was spearheaded and presided by Asec. Abdulsalam A. Guinomla as the CDA Head of the EAU Cluster. He also administered the oath of office.  It was attended by twelve (12) Regional Clustered Organization (RCO) Presidents out of the thirteen (13) qualified RCO Presidents nationwide.

The meeting was graced by no other than CDA Chairperson Usec. Joseph B. Encabo, who celebrated his birthday on that day. Present with him were CDA Board of Directors Acting Administrator and Asec. Myrla B. Paradillo, Asec. Virgilio R. Lazaga, Asec. Pendatun B. Disimban, Asec Abad L. Santos, and Asec Vidal Villanueva III.