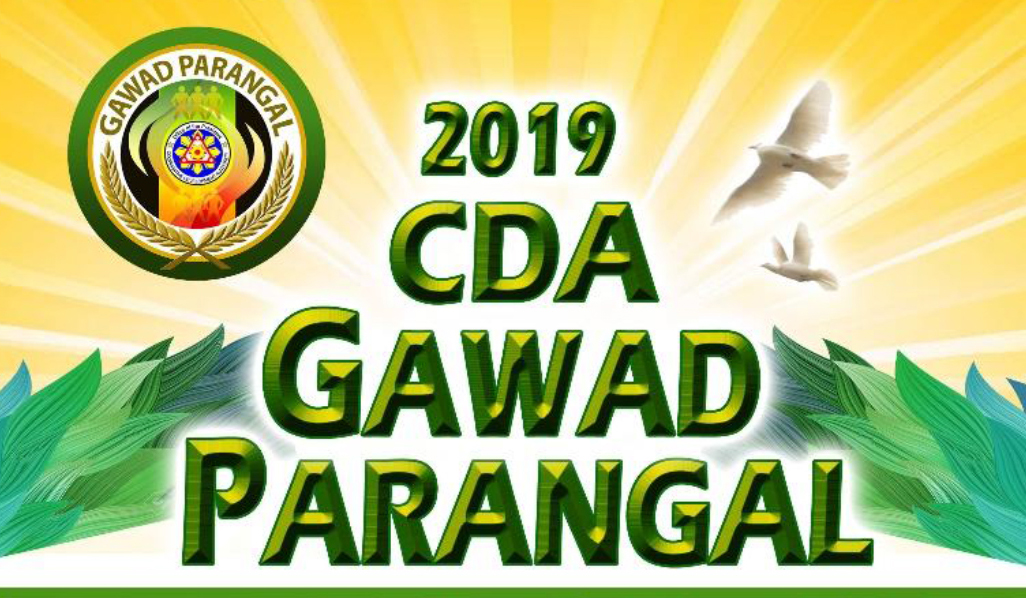 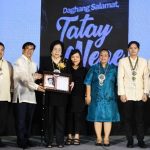 The program started with Chairman Orlando R. Ravanera giving his message to the 160 guests highlighting the contribution of cooperatives in nation-building and as a countervailing force against poverty. A tribute was also given for the late Senator Aquilino “Nene” Pimentel, called the “Father of Cooperativism” as he was instrumental in giving voice to the cooperative sector by authoring Republic Act No. 6938 entitled the Cooperative Code of the Philippines and Republic Act No. 6939 entitled the Creation of the Cooperative Development Authority. 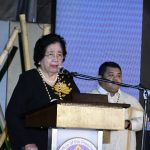 Chairman Ravanera paid tribute to the Father of Cooperativism in a profound message outlining the late Senator’s immeasurable contribution not only for cooperatives, but as well as for the nation as a whole. A plaque with the message encapsulated therein was given to the late Senator’s wife, Mrs. Lourdes “Bing Pimentel”, who graced the formal event with her presence.

Despite recently suffering from loss, Mrs. Pimentel extended her gratitude to the CDA and the cooperative sector for paying homage to the late Senator Pimentel and hope that his memories will live through his legacy for the entire cooperative sector – the twin laws R.A. Nos. 6938 and 6939. 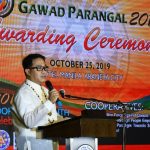 After the tribute, the program proceeded to the Gawad Parangal Awarding Ceremony, starting off with a Keynote Speech from the Department of Trade and Industry (DTI) Undersecretary Rowel S. Barba, with DTI as the mother agency of CDA. In his address, USEC Barba extended his appreciation and congratulatory message to the cooperatives for being one of the partners of the government in fulfilling the vision of the President in creating a more inclusive community especially those in the countryside. Cooperatives are steadfast partners in empowering the MSMEs.

Special Citation Awards were also given to cooperatives, for a specific category, namely:

a. Best in Gender and Development Mainstreaming

b. Excellence in Membership Growth and Expansion Program

The CDA Gawad Parangal gave Plaques of Recognition to 21 primary cooperative finalists, and awarded 14 cooperative winners for Most Outstanding Cooperatives, by category, as follows: 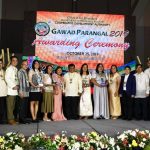 The CDA Gawad Parangal also gave a Hall of Fame Award to San Jose Sico Landfill Multipurpose Cooperative for sustaining the performance in their operations and recipient for three (3) consecutive years as 1st Placer Most Outstanding Cooperative, Small Cooperative Category.

A Plaque of Recognition was given to CDA Iloilo Extension Office for having the most number of primary cooperative finalist who qualified and received Gawad Parangal National Awards.

To close the successful holding of the awarding ceremony, Administrator Vidal D. Villanueva, extended his appreciation to all who were present that day, from the cooperatives, guests, partners, CDA officials, officers and personnel and all those who made the event possible. He was grateful for all those who participated in this institutionalized program of CDA and that the support of the cooperatives and partners with cooperative developmental programs not only for the 2019 Gawad Parangal but as well as other programs of the CDA is valued and put in the most highest regard.

The PUP Harmonica Strings Co. and Maharlika Dance, composed of students of the Polytechnic University of the Philippines, provided traditional Filipino dance to entertain the guests. (Cherryl B. Marders)