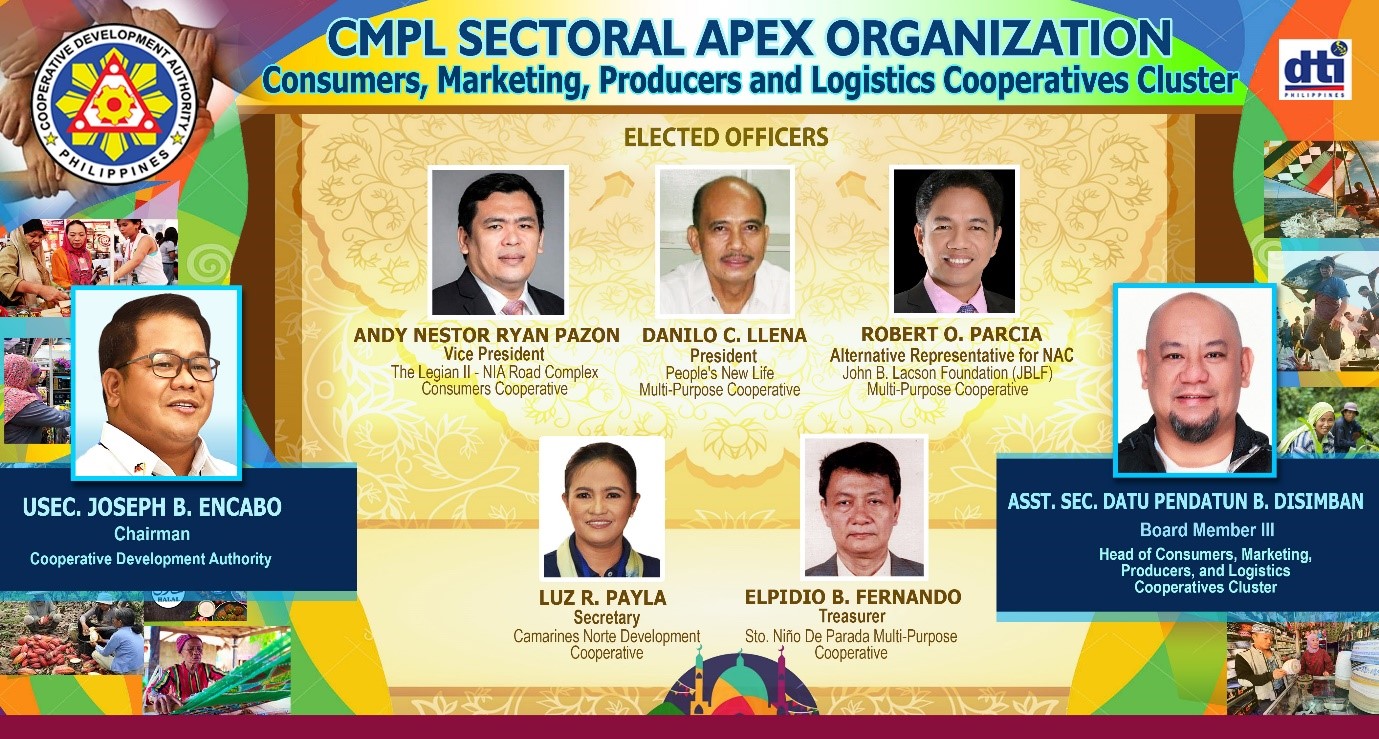 On this remarkable day, Asst. Sec. Disimban presided the General Assembly Meeting and the election of officers. He started with his welcome message: 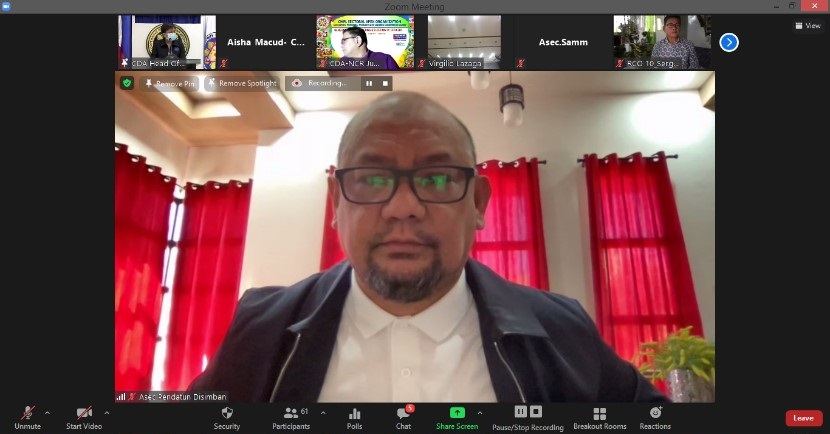 Prior to the election, the CDA Regional Directors introduced their respective Regional Clustered Organizations or RCOs where distinct and commendable qualities of each leader were mentioned.

The SAO CMPL Cooperatives Cluster is composed of the following: 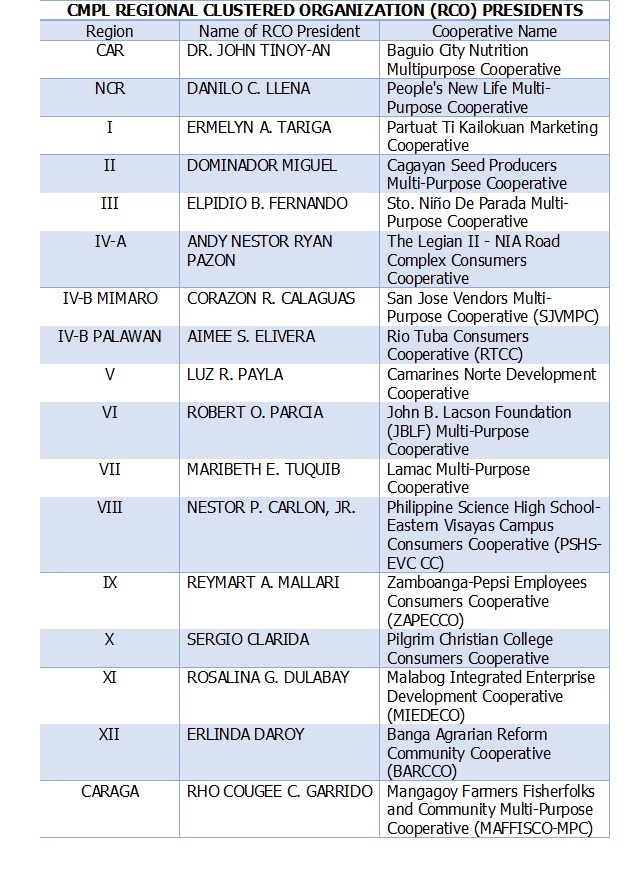 The 2021 Elected Officers of the SAO CMPL Cooperatives Cluster were:

CDA Chairperson Joseph B. Encabo gave the keynote of the activity where he shared:

“The CDA is committed in strengthening the Sectoral Apex Organization to

ensure participative and empowered cooperatives in our clustered sectors. We, the CDA family, are here as your partners in bringing meaningful changes to the cooperative movement.  More so, I am encouraging the CMPL cluster to actively participate in the upcoming institutional program so called the CDA Global to be launched in the 1st quarter of next year”.

“It is expected that the cluster where CMPL cooperatives are part of will play a very significant and vital role in the contribution in the economic movement of the country”.

In his Congratulatory Message, Usec. Encabo emphasized on the important role of CMPL cooperatives cluster in the upcoming CDA Global Project. This challenge was gladly accepted by the SAO Officers.

In his Closing Message,Asst. Sec. Disimban highlighted the role of CMPL cooperatives cluster and its officers in CDA’s project, policy, and program development.

The presence and words of encouragement from the CDA Board of Directors, in the person of Asst. Sec. and Acting Administrator Myrla B. Paradillo, Asst. Sec. Abdulsalam A. Guinomla, Asst. Sec. Abad L. Santos, Asst. Sec. Vidal V. Villanueva and Asst. Sec. Virgillo R. Lazaga further inspired the CMPL RCO Presidents to strengthen the cooperatives and pursue the role of SAO officers in the development of the sector. (K.M.MAMA)