“Now is the time for all good men to come to the aid of their country.”  This phrase became popular in America in the 70’s at the height of the tug-of-war between the GOP and the Democrats as to their role in nation building.   As we are experiencing the onslaught of COVID-19, the same phrase needs to be translated into concrete or observable actions lest it will be taken to mean as “lip-service.” To be more relevant to the response of the co-ops to the same similar situation that we are in, we rephrase it to read: “Now is the time for all good co-op leaders to come to the aid of their communities.”  Indeed, we are witnessing the stories of individual and collective actions by co-op leaders nationwide as every community faces the same challenge: how are we going to help the people to overcome difficulties brought about by the COVID-19 pandemic? How do we help the government ease the burden of alleviating the plight of our countrymen?

It is inherent to the nature and value system of the cooperatives to help society as this can be gleaned in the 7th Principle of the Cooperatives – Concern for the Community.Hours after the CDA issued a Memorandum enjoining the cooperatives to assist the LGUs and the government in providing help to the front liners, health workers and the poor citizens in the battle against COVID-19 pandemic, posthaste the co-ops across the country heeded the call.  Even before the release of the said Memorandum, there are scores of co-ops which are distributing food packs, PPE and other essentials to the front liner health workers.  The Memorandum came about out of the growing clamor of various cooperatives for the CDA to allow cooperatives to give “dividends” to the coop members.  True to its mandate, the CDA issued the order on March 26, 2020.   The CDA even expanded the essence of the Memo more than the distribution of Interest on Share Capital and Patronage Refund (ISCPR) at the height of the present predicament that we are experiencing.   It calls upon the co-ops “to use their Community Development Fund (CDF) to reinforce prevention and control actions of the government such as buying food packs, vitamins, alcohol, soap and other basic necessities and distribute those to communities who are in dire need of help.”

As this develops, the CDA Regional Offices gather and monitor activities of co-ops in the field. 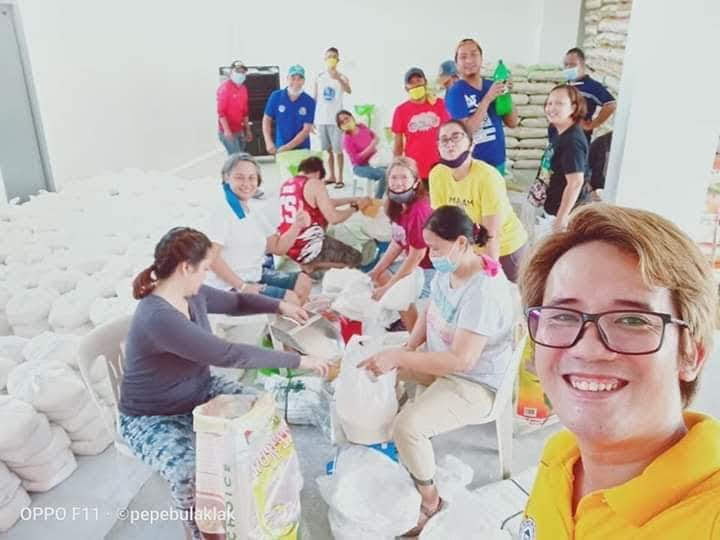 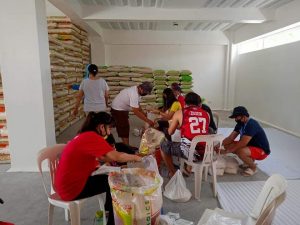 Among thousands of co-ops which responded to the CDA call is the Most Holy Rosary Multi-Purpose Cooperative of Rodriguez, Rizal by releasing PHP4 million fund out its Community Development Fund (CDF) and Optional Fund to buy food packs worth PHP500 per pack for distribution to 8,000 families. Josie Cardona, the Chief Executive Officer of MHRMPC said that “we will prioritize distribution to our members. Then after satisfying our members, we will soonest provide to the poor families within our reach.” The food pack consists of five kilos of rice and canned goods. All vehicles of MHRMPC are used in the distribution.  “We already coordinated with one Transport Co-op in Montalban to mobilize distribution of relief goods per barangay”, Manager Cardona enthused during our on-line interview.  This is not the first time that MHRMPC involved in a project with noble cause.  It will be recalled that last February 1, 2020, the co-op helped the Wounded Soldier Agricultural Cooperative (WSAC) by giving PHP1.5 million aid in the construction of the latter’s training center under the Koop Kapatid Program putting to flesh the concern for the community principles

Meanwhile in other parts of the country, the  Caviteño Isabelino Agriculture Cooperative and other cooperatives in province of Isabela (Region 2) visited and gave some foods and donations to the front liners.

It is not only in the provision of goods and money that the co-ops extended help to LGUs as there are reports that volunteers from Comillas Agriculture Coop of La Paz, Tarlac and other primary co-ops help their barangays in disinfecting their communities. 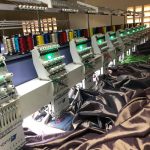 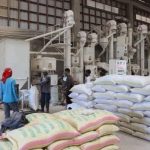 In another development, Bugasong MPC of Bugasong, Antique in Region 6 used its PHP500K CDF and initially released funds for distribution and repacking  of 100 cavans of rice to the people of the community. Patnongon MPC of the same province distributed home-made masks, biscuits, juice and  bottled water to the residents of the community.

In southern part of the country, Isabela City of Basilan Province, the United Workers ARB MPC gave cash donation to 26 ARB workers who were not allowed to report for work due to sickness history.

The Maripipi Multi-Purpose Cooperative in Region 8, on the other hand, gave packs of rice to members with a total of 35 sacks of rice repacked and distributed to the poor families.  It likewise gave to its members COVID-19 information materials containing preventive and protection measures.  Some cooperatives gave cash donations to LGU for snacks of health workers.  The Allen Municipal Officials and Employees Multi-Purpose Cooperative (AMOEC) in the same region gave PHP200,000 to Municipality of Allen to buy essential needs while the people is under ECQ..

DTI 8 Employees Credit Cooperative gave face masks to all DTI Employees within the region as well as to non-members of the coop.

In Region 6 on the other hand, Pinili Development Cooperative in its own little way repacked and distributed 20 sacks of Rice, 600 sardines, 600 noodles and 200 corned beef to the LGU of New Lucena.   In addition, the Negros Teachers Cooperative, Bacolod City School Teachers & Employee MPC of the same region donated packs of rice.

Meanwhile, the Regional Cooperative Development Council of Region 12 through its Chairperson Leonard Flores called upon all co-ops in the region to help the government fight COVID-19 pandemic. Specifically, he made an appeal to all co-ops to use their respective influence in implementing precautionary measures relative to combating this pandemic.  As responsible citizens, all cooperative members are “duty bound to be the examples of obedience and effective implementation.”  Mr. Flores stressed.  He behooves big cooperatives in Region 12 “to act as front liners such as to help in ensuring that supply chain continues to operate.” He likewise reminded cooperative officers to “be convicted to embrace responsibility. Whatever it is you can contribute. Because the world needs us all as we face this biggest challenge of our time.” Mr. Flores emphasized.

More cooperatives in the country jump in the bandwagon joining the  call of the CDA of assisting the government and the LGUs.  These concrete actions of various cooperatives is the bold statement of the Philippine Cooperatives showing to the government that they are indeed partners of the government in times of crisis and not mere beneficiaries of development initiatives.  As more reports are coming in, the CDA will publish in this website the list of cooperatives providing help to the communities and the kind of assistance they provided.