The Credit Surety Fund Service (CSF) organized the first Road Show during the Contributors’ Orientation Seminar (COS) held on September 14 -15, 2022 at the Davidson’s Hotel Tabuk City, Province of Kalinga. To achieve the mandate of the law, the CSF Service conceptualized a strategy which was called the “CSF Road Show” with the theme “CSF Supporting MSMEs: Our Goal is to help you Succeed”. It primarily aims to promote the CSF Program and serve as a means of providing technical assistance to proposed CSF Cooperatives.  The joint activity of Road Show and COS was facilitated by the CDA Cordillera Administrative Region Extension Office headed by Regional Director Marieta P. Hwang and CSF staff- Ms. Felicidad Cenon, Supervising Cooperative Development Specialist and Ms. Priscilla Bejar, Cooperative Development Specialist II. Atty. Frederick Joe Robles, CSF Service Director and Mr. Recto Transfiguracion, Technical Assistance Division Chief were present who acted as resource persons on the part of CDA. Ms. Eleanor D. Ramos of Bangko Sentral ng Pilipinas spearheaded the promotion of the CSF Cooperatives. 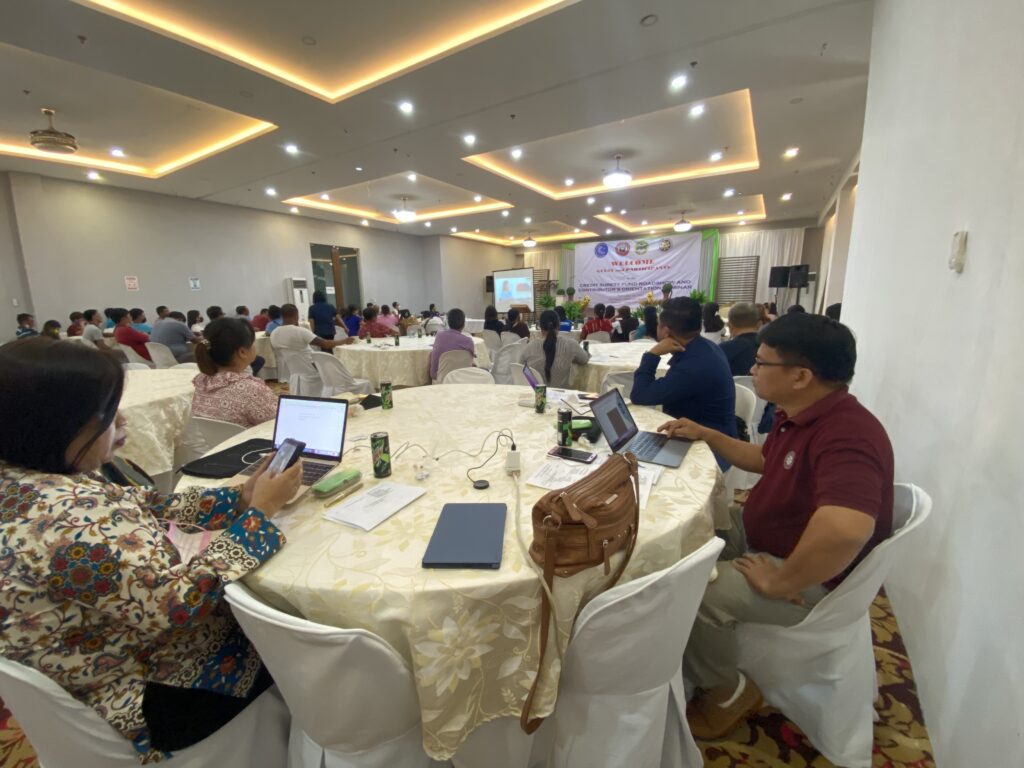 The essence of the activity is to inform the participating cooperatives with the concept and advocacy of CSF and to encourage more cooperatives to join a CSF Cooperative. Ms. Eleanor Ramos discussed the Salient Features of RA 10744 and its legal basis. The presentation also included the membership requirements and benefits focusing on the amount of loans or borrowings a qualified member – borrower can avail.

Basic facts on Credit Surety Fund which includes requirements in joining and organizing a CSF Cooperative as provided in the Republic Act 10744 or CSF Act of 2015 was discussed by Mr. Recto E. Transfiguracion and Atty. Frederick Joe N. Robles. In his message, Atty. Robles emphasized how MSMEs played a big role in the economic development of every entrepreneurs and opens door for growth and development. He also highlighted the benefits of joining the CSF Cooperatives, its objectives and presented a short introduction of the law.

During the open forum, queries were raised by a participant as to the amount of loan that a borrowing-cooperative can avail and the guarantee of loan amounting to 10x of its contribution. Ms. Ramos clarified that the member can borrow as much as 10x their contribution, is not a guarantee. The loan amount should be based on the business proposal of the borrowing-cooperative. A separate evaluation and screening by the banks on the applications of the member-borrower will be undertaken to determine the feasibility of the business and the amount of loan that a qualified borrower can avail.

Other queries raised pertaining to the membership in the CSF Cooperative is the need for a Federation to join the CSF Cooperative. Mr. Transfiguracion responded that in case a Federation can no longer serve its members, the CSF will be an alternative to provide support to its members. After the open forum, some cooperatives manifested their commitment to register as CSF Cooperative by giving their amount of initial contribution which was documented. The open forum became a channel for the cooperatives to have a clearer and wider understanding of what Credit Surety Fund is all about most especially on the part of requirements and loan availment.

The highlight of the CSF Road Show and Contributors Orientation Seminar conducted in Tabuk City, Kalinga was the commitment made by the Provincial Governor James S. Edduba to the Credit Surety Fund Program. The commitment is a substantial step to strengthen the weaker sector of the economy in this area including MSMEs.

The cooperative sector has played a significant role in fulfilling the socio-economic needs of the people. The result of the creation of the Law (RA 10744) led to the registration of thirty-two (32) Credit Surety Fund Cooperatives nationwide. And this would not be possible without the concerted efforts of the people and public / private entities behind the Credit Surety Fund Program.