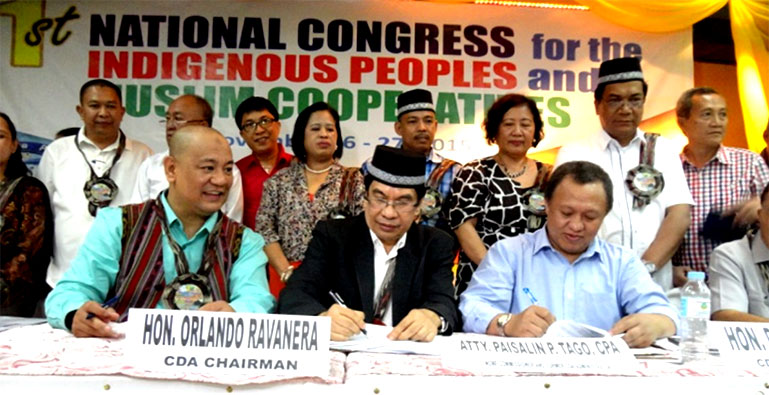 The activity was highlighted by the signing of the Memorandum of Agreement between the Cooperative Development Authority (CDA) and the National Commission of Muslim Filipinos (NCMF) and the surfacing of problems, issues, needs and concerns of the Indigenous Peoples and Muslim Cooperatives. The following were the declarations made by the participants: