Philippine Standard Time:
Auxiliary Menu
You are here: THE 100 YEARS OF A CONSUMERS COOPERATIVE: A STORY OF HARD WORK AND STRONG HEART FOR COOPERATIVISM | CDA 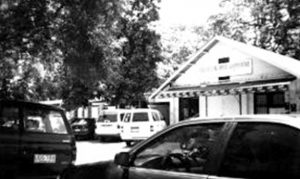 It was launched seven years after the establishment of the University of the Philippines College of Agriculture and just over a year after the first Act on Cooperatives, the Republic Act 2508 or the Rural Credit Law, the “Act Regulating the Creation and Operation of Rural Agricultural Cooperatives Association, and for Other Purposes” was signed on February 5, 1915. The College Consumers Cooperative, the first cooperative ever organized in the Philippines, started at PhP4,000.00 paid up share capital for selling books and other supplies.

From a mere consumers cooperative selling books and other supplies, the cooperative grew and expanded its business. With time, it also sold grocery items, needs for classroom and laboratories, household necessities, cell phone load, meals and snacks through a canteen. The cooperative was also able to establish a barber shop. Later on, it operated an internet café and provided photocopying service. It catered snacks and meals for meetings or parties. For a time, it provided goods and services on credit.

The cooperative provided invaluable services to the UPLB community throughout the years, especially during the early years of its establishment, during and after World War II when it was very costly in terms of time and money for people in the community to travel to Manila to procure needed goods. There was even a time when the cooperative provided all the office supplies of the university.

It had been a training laboratory for university students, and a source of information for their thesis and exercises, especially on enterprise development.  It has conducted trainings for its members and has become a training ground for group action, group responsibility and democratic leadership. It also employed community members and even helped some of them sell their products on consignment.

The cooperative was created and managed in a spirit of volunteerism. In the early years, the managers and the heads of the governing body, first called President and later Chair of the Board of Directors were faculty or staff members of the university and did not receive any salary. Later, the manager was hired and the members of the Board of Directors received token honoraria.

During its existence, just like any cooperative, the College Coop has faced capricious bottlenecks. Among the unforgettable crisis handled by the coop were when its store was destroyed by a typhoon in 1927, the rebuilt building was partially damaged by bombing on Christmas Day in 1941 and then was totally destroyed during the liberation struggle in 1945. Another one was a money-draining lawsuit from some of its employees who were also shareholders. The last one was when UP pre-terminated the Memorandum of Agreement between the Coop and UP granting the Coop a 25-year rent-free use of its buildings. The Coop allegedly subleased its buildings, which caused the University to take over the Coop buildings and enterprises.

In spite of such challenges, the Cooperative chose to stand up and continue its journey. The College Consumers’ Cooperative is truly a story of hard work and dedication.

On October 20, 2016, a century after its birth, the University of the Philippines Los Baños College of Economics and Management, the Cooperative Development Authority, and the College Consumers Cooperative will be commemorating the centennial of cooperativism in the Philippines through its founding. The event will be held at the ICOPED (Institute for Cooperatives and Bio-Enterprise Development) Auditorium, CEM, UPLB at 10 am. The event will also include the awarding of a plaque of recognition to UPLB by the Cooperative Development Authority for pioneering in cooperativism and the unveiling of the marker for the site of the first cooperative ever to be established in the country and for the founding members. A book on the College Consumers Cooperative by Bautista, Bautista and Castillo will also be launched.

The guest speaker for the occasion is the Hon. Orlando J. Sacay, a former Undersecretary for Cooperative Development and the Architect of the Samahang Nayon Movement.  Former UP Regent Nelia T. Gonzalez will unveil the Marker.

On its 100 years of existence, it is a pleasure for the Cooperative Development Authority to honor the hard work and strong heart for cooperativism of the people behind the first cooperative in the Philippines that is the College Consumers Cooperative. (Jeramel B. Valdez and Ofelia K. Bautista)