On June 5, 2021, the Sectoral Apex Organization (SAO) of the Finance Cooperatives Cluster was organized during its general assembly meeting and election of officers.  The event was attended by seventeen (17) Regional Clustered Organizations (RCOs) belonging to the cluster and representatives from cooperative banks, insurance cooperative and CSF cooperatives. Also in attendance were the CDA Regional Directors who introduced their respective RCO Chairpersons.

The Finance Cooperatives Cluster, headed by Assistant Secretary Vidal D. Villanueva III, is comprised of credit and financial services, banking, insurance and credit surety fund.  This cluster was the first to have its SAO organized and its first set of officers elected.

The following were elected as officers of the SAO Finance Cooperatives Cluster: 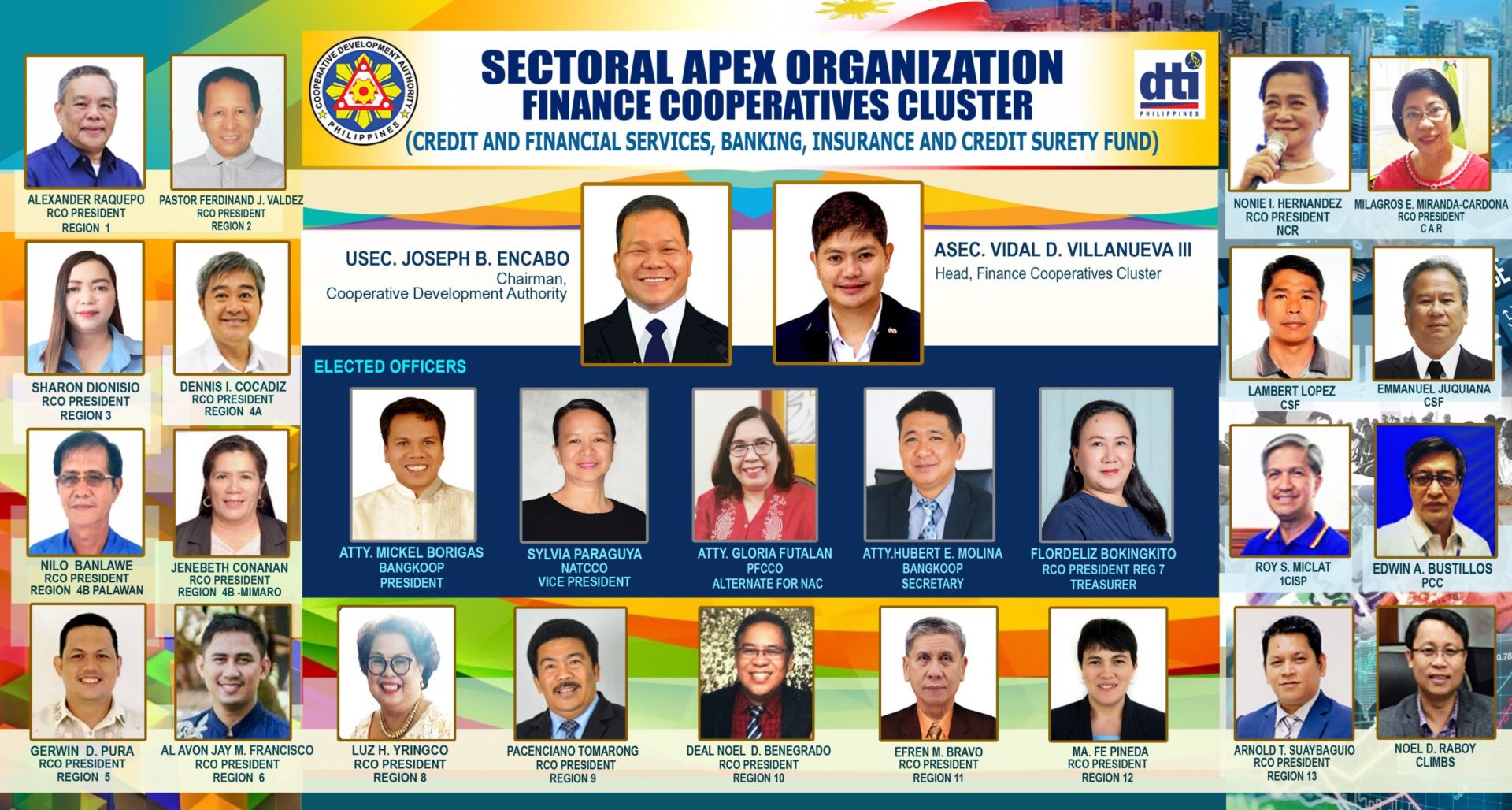 In his keynote address, CDA Chairperson Undersecretary Joseph “Joy” B. Encabo expressed that “this exercise is a clear manifestation that the leadership of the RCOs exude not only in their cooperatives but in the entire cooperative movement. Leadership is the most important thing because CDA wanted this sectoral apex as a thinking panel that will transcend great ideals in the finance cluster.”

Towards the end of the activity, CDA Chairperson Encabo administered the oath of office of the newly elected officers of the SAO Finance Cooperatives Cluster.