Maramag Community Multi-Purpose Cooperative was organized on August 19, 1990 by the Multi-Sectoral Group of Maramag, Bukidnon led by the Maramag People’s Economic Council (MPEC), an organization jointly created by the Department of Trade and Industry (DTI) and the Municipal Government of Maramag. 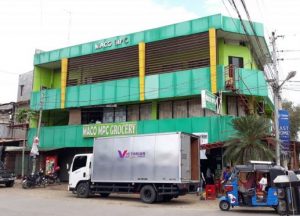 With the guidance of Xavier University Extension services and   assistance from the Maramag Business Association and the Municipal Government of Maramag, MACO MPC was first registered with the Cooperative Development Authority on  July 17, 1991    as Maramag Community Credit Cooperative (MACCCO), a single business cooperative engaged in lending operations which was the main purpose of its creation.

From the initial paid-up capital of Three Thousand Pesos (Php 3,000.00) contributed by the Twenty Seven (27) founding cooperators, MACCCO was able to start its business operations by renting a small stall for its office  where the coop can transact business with its members. Few years later, MACCCO was able to acquire a two hundred square meter (200 sq. m.) lot for its office located in North Poblacion, Maramag, Bukidnon.

Despite of the very limited resources, MACCCO was able to sustain its operation through volunteerism on the part of the officers where they served the Cooperative without honorarium and continuously solicited savings deposit and capital build-up (CBU) from its members. They also endeavored to build its own office in the lot acquired in order to stop renting.

Success, failures and difficulties were part of the coop’s business operations. The most remarkable of which happened when MACCCO was confronted by a mass withdrawal of deposits in 1998 by several depositors after hearing some fabricated information against MACCCO. Had it not been properly handled, the situation was very damaging and most likely can lead to the closure of MACCCO.

The spirit of cooperativism and unity among the officers and the management were the key for MACCCO to overcome the financial handicap and other problems that bothered the operation.

By GOD’s grace, MACCCO slowly recovered and regained back its healthy operations after three (3) years. In 2003, with an asset of Six Million Eight Hundred Thousand Pesos (Php 6,800,000.00), MACCCO amended its Article of Cooperation By-Laws to change its present name Maramag Community Multi-Purpose Cooperative (MACO MPC) and to extend its area of operation from the municipality of Maramag only to the entire province of Bukidnon. 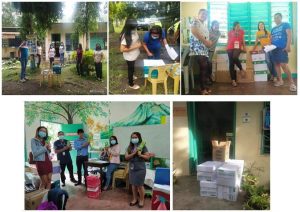 The lessons learned from the past experiences strengthen the governance of MACCO MPC and consequently have gained the trust and confidence of both the members and non- members of the cooperative, as manifested by the growth in membership, paid-up capital, deposit generation as well as loan releases and collections. These significant improvements of liquidity and financial condition enabled MACO MPC to start the construction of the 3- storey Multi-Purpose building in 2004, with a floor area of 200 sq.m. per level. The said building was constructed in progressive type until 2015 with a  total cost of about Ten Million Pesos (P10.0M) in which  Two Million Four Hundred thousand Pesos (P2,400,000.00) of which was a grant from the government through the Coop NATCCO  Party List.

MACO MPC is a recipient of various Farm Machineries from DA-RFO  10. Since 2018, MACO received the following machineries;

The Bottom-up Budgeting (BUB) Program of the Aquino administration was a great blessings for MACO MPC where more than Five Million Pesos (P5.0M) worth of  projects were granted which include among others a one (1) unit corn mill worth One Million Five Hundred Thousand Pesos (P1.5M). This project is expected to operate on or before March 31, 2018 through the efforts of  the officers and staff coupled with the ever supportive members, MACO MPC has gone quite far beyond expectations. On November 23, 2015 it opened a Coop Grocery in a 70 sq.m. space with an initial capital of P1.20M. At present, the said grocery occupied the entire 200 sq.m. first floor of the building with an aggregate capital of P 8.70 Million.

During the 2017 Annual General Assembly, MACO MPC approved a resolution amending again its article of Cooperation and By-Laws to expand its area of operation from the Province of Bukidnon to the National level. This moved was an anticipation that some areas in the Visayas regions are potential market for corn grits and other agricultural products of MACO MPC.

In March 2019, MACO MPC became a dealer of Coca-Cola Products in the Municipality of Maramag which prompted the Board and the Management to  procure delivery vehicles and construct a warehouse for the Coca-cola dealership operation. At present MACO MPC has ( 7) vehicles including the 10-wheeler Dump Truck and a Winged Van Isuzu Forward, that are used for the daily operations of the cooperative.

Anchored on the DIVINE GUIDANCE AND INTERVENTION, MACO MPC is hopeful for the success of all on-going projects and looking forward that it will remain to be the catalyst of change to all members through Poverty Eradication and Social Transformation.