PROFILE OF THE REGION

The region encloses the Davao Gulf, and its regional center is Davao City. Dávao is the Hispanicized pronunciation of daba-daba, the Bagobo word for “fire”. (source: Wikipedia) 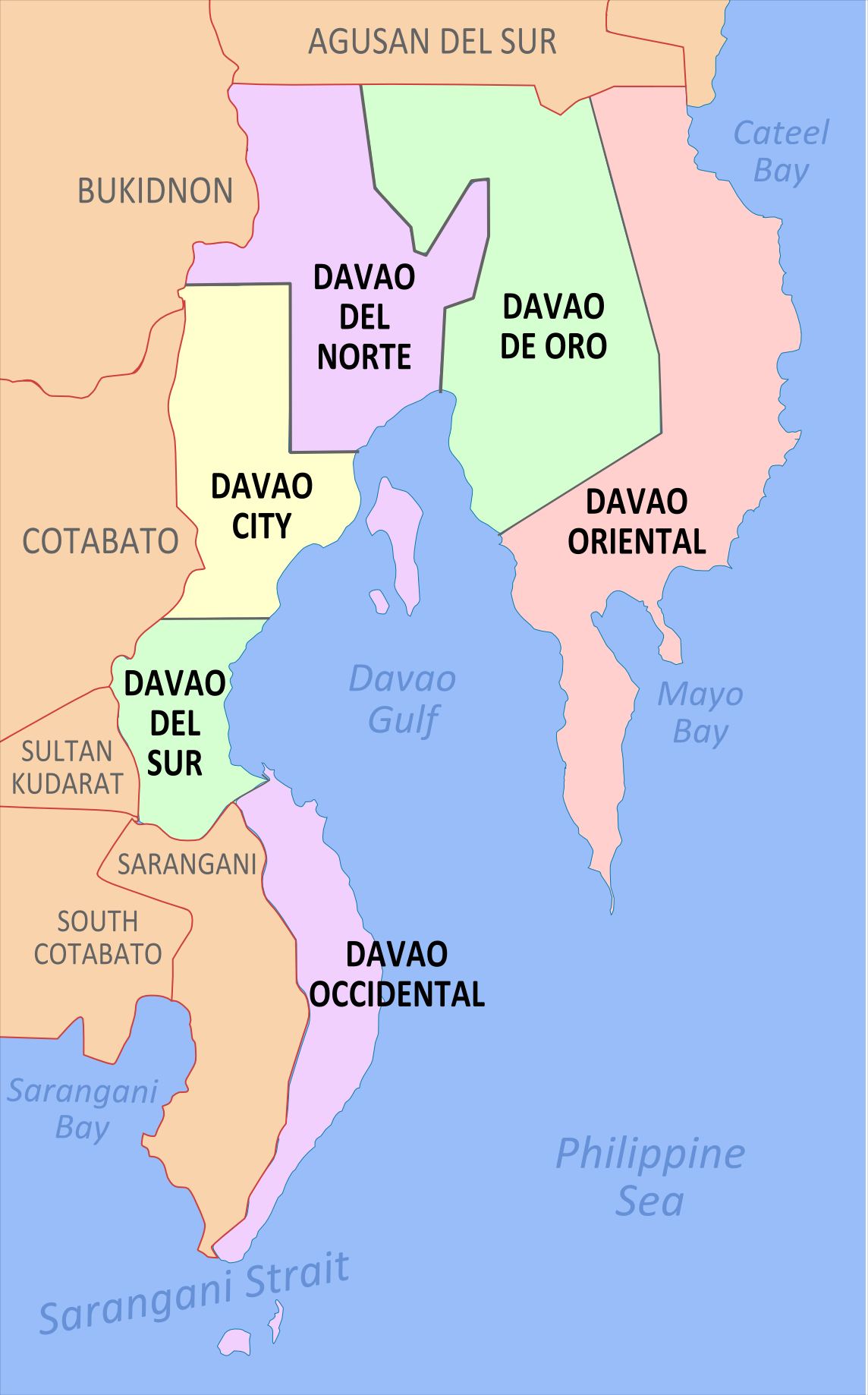 It was on the second day of January in the year of 1991 when the arm of the Cooperative Development Authority in Region XI, then known as the Southern Mindanao Region, first saw light to be known as the DAVAO EXTENSION OFFICE. Its office was first located on the rented second and third floors of the Sta. Ana Multi-Purpose Cooperative (SAMULCO) at the corner of Magsaysay Avenue and Chavez Street in Davao City.

The young extension office was headed by Director Eustaquio A. Ancheta, who was a career executive service officer. During its young existence, it was manned by 28 officials and employees, composed of 16 technical personnel and 12 administrative staff.

Being a charter extension office (it being mentioned in Section 3 (i) of Republic Act No. 6939), its coverage spanned the corners of Region XI or Southern Mindanao Region, composed of Surigao del Sur, Davao Oriental, the undivided Davao del Norte, Davao del Sur, the undivided South Cotabato and the cities of Davao and General Santos. However, it extended its services to Region XII or the Central Mindanao (now SOCSKSARGEN), serving the cooperators in Sultan Kudarat, North Cotabato and the far-away province of Lanao del Norte. Likewise, it spread its wings in the Autonomous Region in Muslim Mindanao (ARMM) areas of Maguindanao and Lanao del Sur. Virtually, Davao Extension Office covered and served cooperatives and cooperators from more than half of Mindanao, via its southern and eastern borders.

Considering the vast expanse of the parts of Mindanao under its tutelage vis-à-vis its technical personnel, one cooperative development specialist (CDS) II had to cover 1 entire province, braving the different terrains and contours of these parts of the Philippines, with some areas besieged with insurgency problem.

The limited number of technical staff had to serve 1,194 cooperatives from Region XI alone, with additions from cooperatives in Region XII and ARMM.

Not too long after, in the ensuing year 1992, the Kidapawan Extension Office was born. This development has brought an opportunity to concentrate its efforts on its true region – Region XI.

As years passed, Mindanao Regions had undergone structural changes. With the passage of Republic Act No. 7901 in 1995, Caraga Region was formed which included the province of Surigao del Sur. The same law carved out the province of Sultan Kudarat from Region XII to join Region XI. But the said province remained under the auspices of Kidapawan Extension Office. In 2002, President Gloria Macapagal Arroyo issued Executive Order No. 36, which eventually carved the provinces of South Cotabato, Sarangani and the city of General Santos from Region XI to join the reconfigured Region XII. All these areal reorganizations have affected the CDA operations in some ways, especially in personnel assignments. Now, Region XI is known as the DAVAO REGION and it has gone back to its original composition – the former undivided great province of Davao, this time, as a region. In 2003, the office bade goodbye to its charter Director upon his mandatory retirement, and at the same time, welcomed its new head, Director Rosalinda E. Villaseca. She went on to become the CDA’s first-ever Administrator who rose from the rank in 2006. She held the office in a concurrent capacity until 2009. In February 2009, then supervising CDS Elma R. Oguis took the reins of directorship when she was promoted as Director.

Davao Extension Office, in its own humble ways, made advances in the area of good governance and good housekeeping. This achievement was not left unnoticed. For several years starting 2005, the annual Comprehensive Personnel Management Assessment (CPMA) conducted by the Civil Service Commission – Region XI consistently commended Davao Extension Office orderly maintenance of personnel records, observance and adherence to Civil Service laws and rules, proper office decorum, and adherence to general policies toward elimination of red tape.

Through the years, Davao Extension Office played a great part and has belabored in keeping Davao as Mindanao’s most important region in cooperativism.