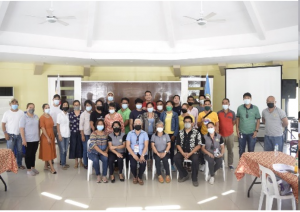 The MSMEs are mostly members of the Produkto DavNor Association, an organization which is composed of producers and suppliers of locally-made products that are on display at the DavNor Pasalubong Shop. The association have been encouraged and convinced of the benefits of forming a cooperative, separate from their association, and plans to organized themselves as Produkto DavNor’s Consumer Cooperative. 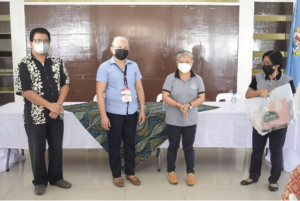 The Pre-Registration Seminar for Cooperatives is being conducted pursuant to Republic Act 9520 or the “Cooperative Code of the Philippines of 2008”, in fulfillment of the mandate in Section 15, Article XII of the Constitution which states the declared State policy “to promote the viability and growth of cooperatives as instruments of equity, social justice and economic development and to create an agency”. The CDA is the central agency mandated by law to conduct the PRS.

There were FIFTEEN (15) Male and TWELVE (12) Female participants to the said PRS. JayBanjal/PADO-DNIPC