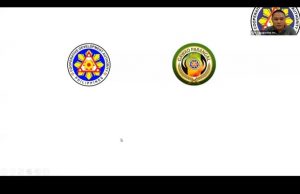 While the whole country commemorates the struggle, heroism and spirit of cooperation during the People Power Revolution, the Cooperative Development Authority-Province of Dinagat Islands (CDA-PDI) Field Office on the other hand, conducted an event that celebrates the cooperative’s exemplary greatness in serving its members and community. Graced by the Assistant Regional Director, Sally Joy R. Bungabong, CDA-PDI launched The Gawad Parangal 2021 through zoom platform.

ARD Bungabong on her opening message reiterated that cooperatives should align their plan in accordance to the Philippine Cooperative Development Plan (PCDP) 2018-2022 that anchors on the founding principles of the cooperatives. She pointed that the intention of this launching is to advocate that every cooperative will have the capacity in assessing at their level the mechanisms and criteria of the annual Gawad Parangal vis-à-vis  “service to the community” as the essence of cooperativism.

The screening committees are both from Regional and National level. In the Regional Screening Committee, the Regional Board of Judges are composed of the following:

On the same note, screening committee members were also presented, as follow: 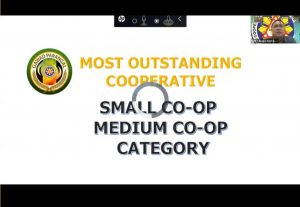 Procedures for the selection and determining of awardees were also explicitly presented. Qualifying criteria for Most Outstanding Cooperative give emphasis on one of the criterion that ‘there should no adverse findings indicated on the inspection report in these areas:

In behalf of the Regional Director, Genaro D. Pogata Jr, Sr. CDS  Leopoldo Cabiad, Section Head for Cooperative Project Development and Assistance Section (CPDAS) gave the Closing Remarks. Expressing gratitude to    all 86 participants, officers and staff (from  43 attending cooperatives of the province) Sr. CDS Cabiad emphasizes that even if the Gawad Parangal has no monetary prize involved, the award and recognition has a directly impacts to the cooperative. Receiving a recognition even just a nominee, has a booster-effect to the integrity of the cooperative. The members and the community would feel the assurance of the sustainability of the service operation and organization of the cooperative.