“In PECCAN, We Can!” a tagline that expresses the spirit of cooperativism is PECCAN’s pick-up line as the coop embarks on their new chapter, in this new normal situation of the pandemic. 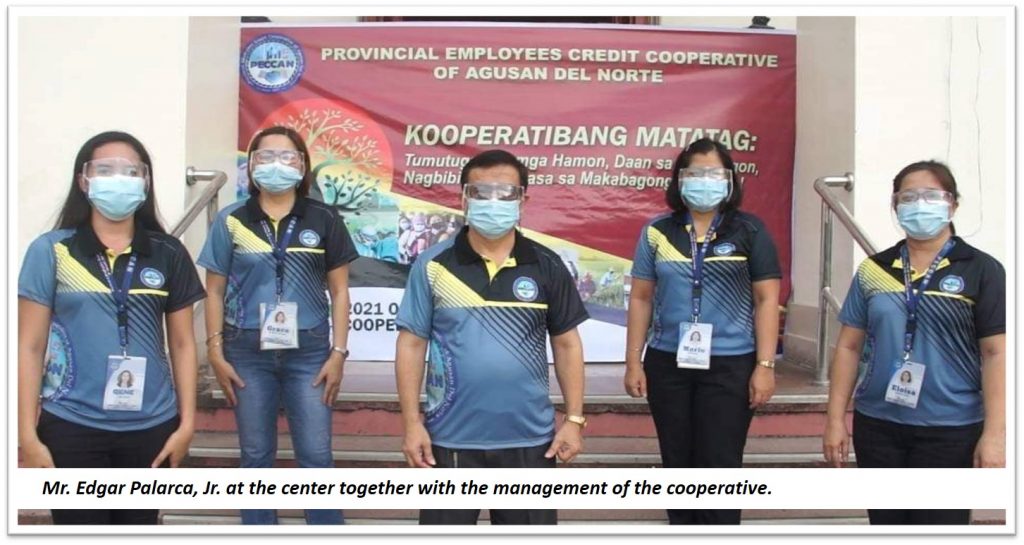 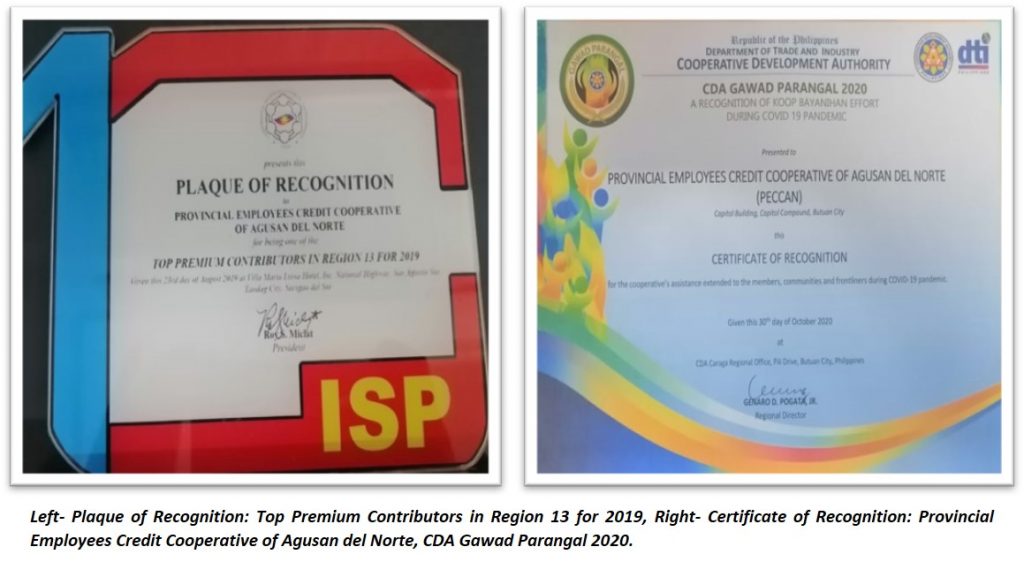 Looking back, according to the Chairperson, Mr. Edgar M. Palarca, Jr. . . . . “it was in 1994 when Alfredo M. Rafanan, Epifania A. Latonero, Elsie L. Bonocan, a handful among the employees of the Provincial Government of Agusan del Norte initiated the formation of the association. Then later, with an overwhelming support from the majority of the employees, the PECAN interim officers decided to register PECAN in the Civil Service Commission (CSC) in 1995. Eventually, it became a union upon the PECAN’s registration with the Department of Labor and Employment (DOLE) in 1996 which the CSC upheld. In 1997, CSC and DOLE, in their Certificate of Registration recognized PECAN as a union”.

From then on, it can be noted that the group of the Provincial Employees of Agusan del Norte has a dual personality. It is a union of employees and at the same time a cooperative organization. 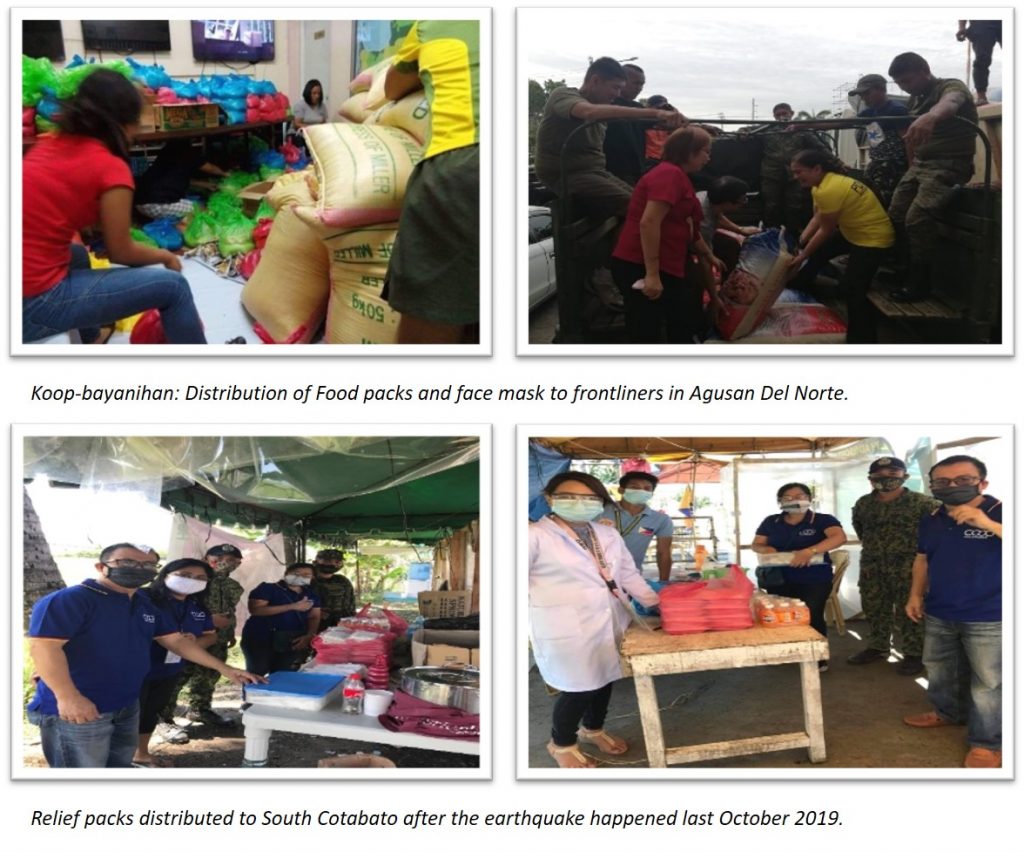 As of now, PECCAN is a “close-type” cooperative, allowing only employees of the Provincial Government as its members. Members are being deducted every month in the payroll an amount for their individual capital share which compose largely the cooperative’s asset. From the Thirteen Thousand Pesos (P13,000) starting capital with 200 members in 1994, the cooperative now has more than Thirty-six Million Pesos (P36M) worth of total assets, as of December 31, 2020 with 635 strong membership. The cooperative is engaged in a variety of credit services and related-business endeavors. 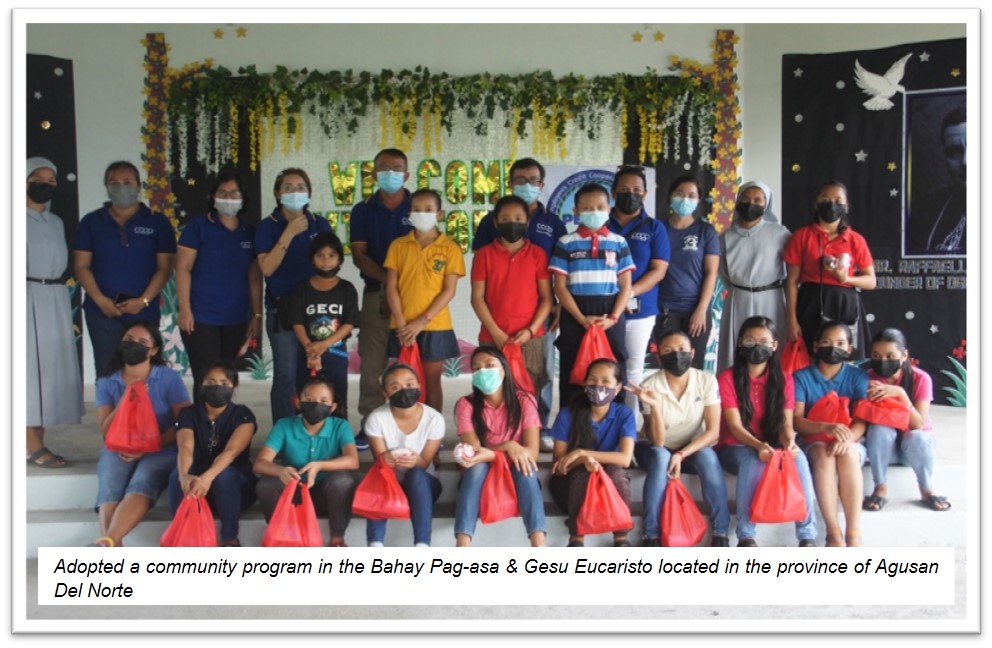 Despite the pandemic crisis, the cooperative was still able to extend a helping hand. Year 2019, PECCAN gave support to those who were affected during the earthquake in South Cotabato. They sent 15 sacks of rice and other necessary goods in coordination with the Provincial Capitol. In 2020, as part of Koop-Bayanihan effort, they distributed food packs and face masks to the frontliners in the areas of  Barangay Bancasi, Butuan City to Buenavista, RTR, and  Cabadbaran, of Agusan Del Norte.

The cooperative also “adopts-a-community” in its yearly visit at Bahay-Pagasa in the Municipality of Tubay, ADN and Gesu Eucaristo in Barangay Manapa, Buenavista, Agusan Del Norte. A total of twenty-three (23)  beneficiaries received the coop goods and gifts. In addition, the cooperative advocates environmental care by simply conducting tree planting activities, yearly.

PECCAN also prioritized the health concerns/ wellness of its members especially during the pandemic. They 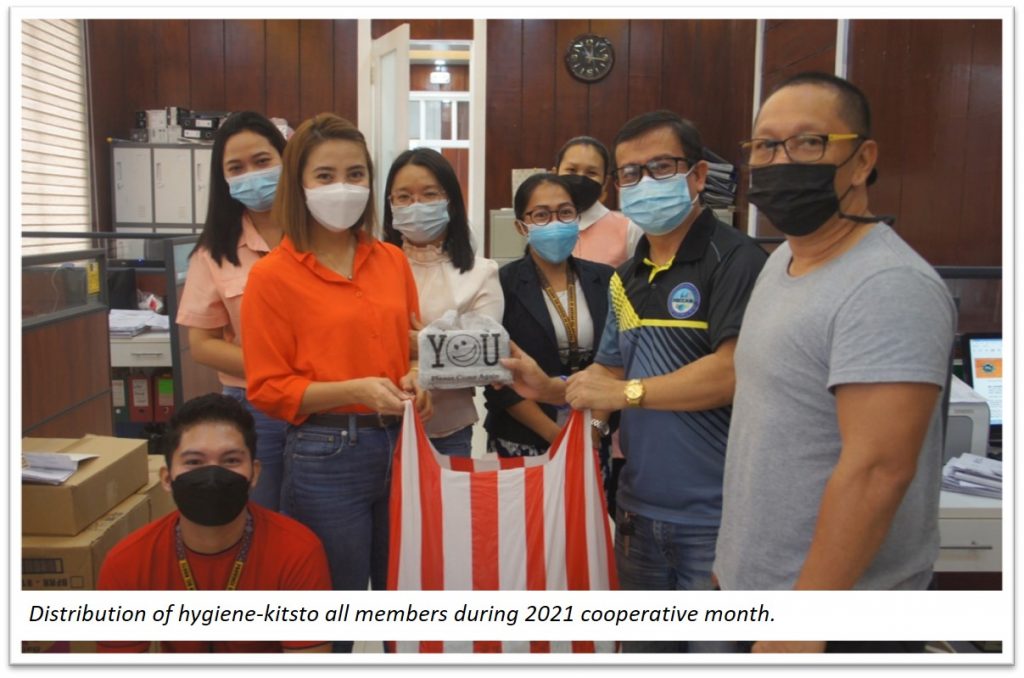 offered moratorium to credit payments, and even catered health care services, Covid-19 insurance and separation aid for retired employees. Most needed were supplies of face masks, face shields and bottles of alcohol. During the cooperative month 2021, the cooperative distributed  hygiene kits to all members.

Indeed, PECCAN had served their members with the coop mission and vision in mind – “to be a sustainable and viable cooperative that is responsive to the needs of the members”. Learning from the lessons and challenges of the past, PECCAN is now ready to face more years with a stronger resolve to serve and flourish for the betterment of its members, the community, and the society. #INPECCAN,YES,WECAN!# Mabuhay Ang Kooperatiba! *******