We cannot predict when a disaster may occur in our life. The best thing we can do is to constantly prepare ourselves. Super Typhoon Odette, a violent and destructive tropical storm with a maximum wind speed of 260 km/h, hit the Philippines last December 16, 2021. The ST Odette wreaked havoc in Mindanao, making landfall at Surigao City and the Province of Dinagat Islands, among other places. People were devastated. The anguish it caused was a nightmare for those who have been seriously affected. Due to ST Odette,  there was a “black-out” in all of Surigao City areas, Siargao, and Dinagat Islands since the communications network—radio,television, internet were all shut down. Buildings, dwellings, farm fields, government offices, and industrial and service companies were closed, including several cooperatives in the above-mentioned provinces. 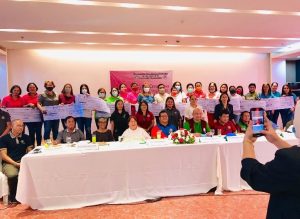 When cooperatives suffer, the Authority also feels for them. Facing the situation, CDA inventoried how grave the consequences of the ST Odette to the coops, thus, a program was born. The SAGIP KOOP program of CDA.  To bring new hope and to help create a new beginning, this “Special Assistance for Recovery and Alleviation (SARA) Program” for affected micro cooperatives of Surigao del Norte areas was launched last February 22, 2022  at the Philippine Gateway Hotel, Surigao City. The launching was attended by Undersecretary Joseph B. Encabo, together with Asec. Abdulsalam A. Guinomla, Asec. Virgilio R. Lazaga, MD., and Asec. Pendatun B. Disimban. As partners, representatives from the local government unit of the Province of Surigao del Norte witnessed the activity. The recipient-cooperatives were all present there.

The program prioritized helping those cooperatives which were seriously impacted by the typhoon; those which badly needed support to restore their operations and financial losses.

The Cooperative Development Specialists stationed in the affected areas validated the situation of each of the coop-beneficiary. They also documented the damages wrought by ST Odette especially to micro cooperatives. 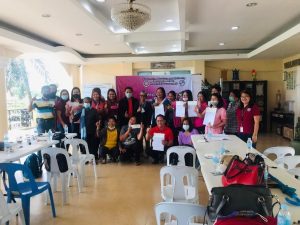 All cooperative beneficiaries of the SARA Program received what was intended for them and were grateful enough to know that the Cooperative Development Authority never abandoned them, even in times of crisis and difficulty. They also realized that even in the midst of tragedy, there is still light and hope to become more resilient and strong enough to face any catastrophic event. *****