The San Pedro Resettlement Area Cooperative is the biggest cooperative existing in San Pedro City, Laguna organized to provide safe and clean water to the members in nine (9) barangays.

A Presidential directive issued on March 4, 1968 relocated informal settler families from the Metro Manila to areas such as San Pedro in Laguna, Carmona in Cavite, and Sapang  Palay in Bulacan. The relocation of informal settler families began on April 1, 1968.The basic needs of the relocated people were water resource and distribution, followed by shelters, light, good roads and location of employment of the relocated head of the family. The situation ledthese concerned people at that time to form and organize civic organizations and religious sects, which gave birth to the San Pedro Welfare Council, a non-political organization. 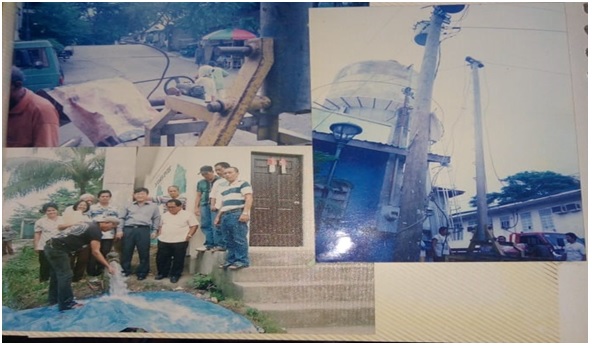 The construction of Water System begun in November 1974 and was completed in 1975. On September 13, 1975 the newly organized cooperative took over the management of the Water System. The cooperative was registered on July 16, 1976 as a pre-cooperative with registry No. P-077 in the name of San Pedro Resettlement Area Water Service Association, Inc. (SPRAWSAI). The mission was to improve and to expandthe cooperation among members, to gather their abilities and knowledge as one, and to have economic stability for better and equal sharing of wealth. 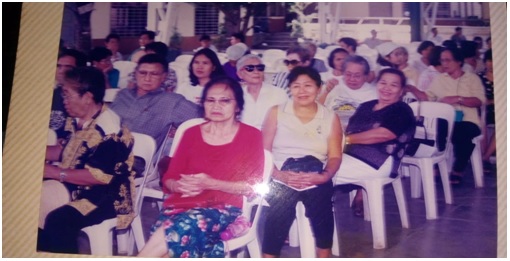 Now a full-pledged cooperative, it implemented the immediate separation of the Board of Directors and Management to provide procedures for control system. The officers were ambitious and took some risks in their business operations. They ventured into other business enterprises, such as trading, consumers, savings & loan credit, and printing press. With water service no longer its sole function, the cooperative registered as a Multi-Purpose Cooperative. The officers’ goal is to engage or undertake all their lawful business activities to increase the income and purchasing power of the members.

It was going smooth sailing in the management of the cooperative especially in its financial position. However, because of the continuously increasing power rate, the cooperative could barely cope with its electric bills as it did not increase its water rate. SPRAC’s electric bill increased dramatically up to almost a million pesos which affected its water service operation. But the officers and members never lost hope and with the help of concerned members, COOPERATIVSM helped them and with God’s provision. The approval of the National Water Resource Board for SPRAC to increase its water rate spearheaded the efficient collection of accounts until it could pay its electric accounts up to date.

In 2014 the daily needs for a safe drinking water gave the San Pedro Resettlement Area Cooperative an idea of opening a water refilling station. The officers approached various agencies for help but they were not prioritized. But this did not deter the members from pursuing the idea. The coop wasted no time in submitting a project proposal for putting up a water refilling station when they learned that the Department of Labor & Employment (DOLE) provides livelihood assistance to community based enterprise projects. The proposal would not only provide safe drinking water but provide livelihood to coop members who would operate the refilling station. Through the help of Provincial Director Milagros DR. Mata, DOLE granted the coop PhP307,500.00. At last with the livelihood program of DOLE, the residents were enabled to avail cheaper and safe drinking water in their own neighborhood. 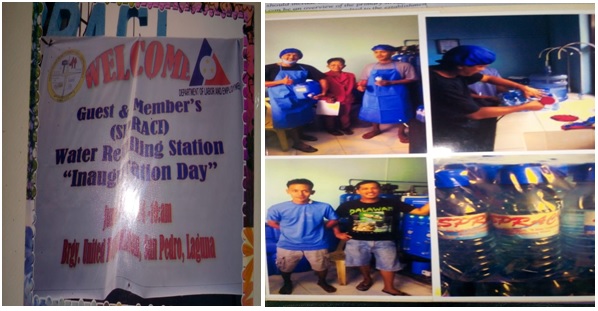 The cooperative is responsible for water supply for nine (9) out of 20 barangays in the City of San Pedro. Tariff is regulated by the National Water Regulation Board (NWRB) while SPRAC depends on internal generated reserves, continued capital build up from members, and government grants & loans from private entities. Now, the cooperative is in its 45 years in service with total membership of 4,579, and total assets of PhP10,072.870.00.