Central Visayas, officially designated as Region VII, is an administrative region in the Philippines occupying the central section of the Visayas. It covers 4 provinces, namely, Bohol, Cebu, Negros Oriental, and Siquijor.  Comprising these provinces are 16 cities, 3 of which are highly urbanized and the rest are component cities. The region has  116 municipalities and 3,003 barangays. The regional center is Cebu City.

Region VII has a population of 8,081,988 according to the 2020 Census of Population of the Philippine Statistics Authority. 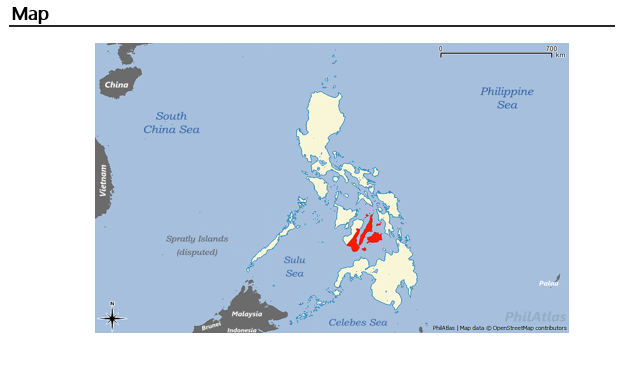 Bohol is located about 70 kilometers southeast of Mactan Island. Lying southeast across the Cebu Strait (referred to by some as the Bohol Strait) and southwest from Leyte Island, is separated by the Camotes Sea and Canigao Channel. Bohol is the tenth largest island of the Philippines. Tagbilaran City is the capital of the province.

The province is a popular tourist destination with its beaches and resorts.  The Chocolate Hills, numerous mounds of brown-colored limestone formations, are the most popular attraction.   Panglao Island, located southwest of Tagbilaran, is famous for its diving locations and is listed as one of the top ten diving locations in the world.. The Philippine tarsier, amongst the world’s smallest primates, is indigenous to the island.

Cebu is one of the most developed  provinces in the Philippines.  Cebu City is the capital of the province and  referred to as the “Queen City Of The South.”

Cebu City as the main center of commerce, trade, education and industry in the Visayas has transformed into a global hub for shipping, furniture-making, tourism, business processing services, and heavy industry.

About 80% of domestic and international shipping operators and shipbuilders in the Philippines are located in Cebu. Cebu’s extensive port facilities and its proximity to intra-Asian shipping and air routes are major factors which led multinational companies to establish offices or factories on the main island, as well as in the island of Mactan, where they are clustered in special economic zones known as the Mactan Economic Processing Zone 1 (MEPZ-1) and the Mactan Economic Processing Zone 2 (MEPZ-2).

Negros Oriental is situated in the southeastern portion of Negros Island.  Surrounded on the north and west by its neighboring province, Negros Occidental; the province is a mix of culture and modernization.

Dumaguete City is the capital of Negros Oriental. The province is divided from Cebu Island by the Tañon Strait. Siquijor Island and the dive paradise of Apo Island lay also to the east. The northern parts of Mindanao can be seen in good conditions from the south of Negros Oriental.

The  primary industry in the province is agriculture; with crops such as corn, rice, coconut, and sugarcane. Fishing is considered as the main source of livelihood. People are also involved in fish ponds, cattle ranches, logging, and mineral deposit digs.

Negros Oriental is one of the emerging technological centers for the BPO industry in the country and has led to the boost of its economy.

Siquijor  is the smallest province in the region and the 3rd smallest province in the country. It is classified as a 5th class province and has one congressional district. Previously a sub-province of Negros Oriental, it became an independent province by virtue of Republic Act 6398 enacted on September 17, 1971. It has a total land area of 343.5 square kilometers boasting of a 102 kilometer long coastline.  Siquijor is a beautiful island  blessed with stunning white sand beaches, crystal clear seas and rich marine biodiversity.