Professor Benjamin Diokno: The future of Philippine Cooperatives is bright 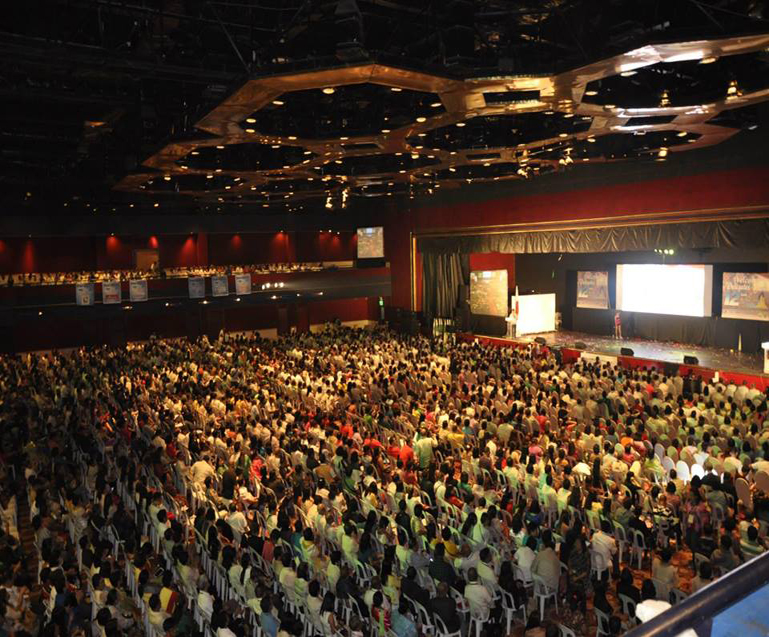 CEBU CITY. The recently concluded biennial National Co-op Summit ended on a high note as the delegates composed of 4,300 co-op leaders and advocates netted resolutions from four thematic clusters: Producers and Marketing; Financial Services Banking; Services; Advocacy, Training and Research; and Services Cluster. The summit is a resounding success as the CDA praised the Philippine Cooperative Center and its local partner-hosts VICTO National and PCF. “This is the second most attended cooperative summit spearheaded by the Philippine Cooperative Center next to the 10th Co-op Summit held at Araneta Coliseum which was attended by some 7,000 delegates,” CDA Deputy Executive Director Giovanni Platero quipped in his closing remarks given in behalf of Executive Director Elevazo. “The quality of inputs by high caliber speakers in the plenary and break-out sessions provided challenging insights that made this summit worthy to remember” Director Platero remarked.

PCC Chairperson Doris C. Canares reported in the plenary the agreements and resolutions boned up in the breakout sessions. “We are preparing the complete report on those resolutions as there are scores of issues and concerns tackled in the break-out sessions,” Chairperson Canares enthused. The four clusters are expected to come up with each strategic plan to complement the broader Strategic Plan of the Philippine Cooperative Center and the summit outputs will serve as vital inputs in the respective clusters’ strategic plans. So far, only the Financial Cluster has completed the Strategic Plan. “The four clusters represent the pillars of PCC’s aspiration of putting to work the 10-year strategic directions crafted in the 10th National Cooperative Summit,” Canares added.

Economy is gloomy but Co-ops’ future is bright 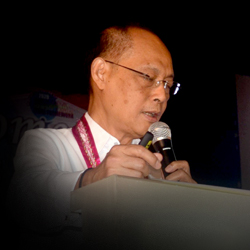 In his keynote address, Former Budget Secretary Benjamin Diokno revealed the state of Philippine economy. “It might not look as rosy as what our government officials would like us to believe. It is not meant to scare you. Rather it is meant to allow you to prepare for the future accordingly.” Secretary Diokno said in his opening statement. “As the world economy recovers, no matter how weakly, the ASEAN-5 region will continue to grow. Its growth will be supported by rapidly expanding middle-income households and massive growth in infrastructure spending and urban development across Asia” Secretary Diokno stressed in the middle of his presentation. As supported by statistical presentation he concluded that “Unemployment is high. Poverty is widespread and unchanging. Our public infrastructure is crumbling. Power plants are sputtering. We are attracting the least foreign direct investments. Investors perceived the Philippine state as fragile, not stable.” He recommended that the government must reform the tax system in order to improve resource allocation, make it fairer, and more harmonized with the tax systems of its ASEAN neighbors. Additionally, the government must spend more for public infrastructure, but choose the right projects. It must likewise borrow money for the cost of borrowing is very low compared in the past. Reduction of support to GOCCs will also make sense. Finally, we have to build democratic institutions among the three branches of the government to portray political certainty and stability.

On positive note, he made recommendations more specifically a call for action by the cooperatives. He said that the future of the cooperatives is bright. Secretary Diokno prescribed that the cooperatives must play an active role in economic development. “Your movembant is diverse, but a significant one. You are in consumerism, rural credit, agricultural production, transport sector, power sector, and many other areas. Some of you are represented in Congress. So you have a voice in policy making. Your group contributes about 5% to economic output or GDP which is bigger to the contribution of the mining sector. Your group directly employs close to 260,000 officials and workers.” Diokno enthused. What would be pivotal for the growth of the cooperative sector is the government investment in agricultural infrastructure. “Invest in productivity-enhancing, small-scale infrastructure projects that will reduce cost of production. Get serious with agrarian reform: the focus should be on giving individual titles to land reform beneficiaries. A strong, productive agricultural sector means more dynamic agricultural cooperatives.” Diokno emphasized.

Meanwhile, Pete Ilagan of National Association of Electricity Consumers for Reforms, Inc. (NASECORE) lauded CDA and PCC for successful staging of the event. “The attendance which exceeded the target number of 3,800, I was told, was a clear manifestation of the participants’ acceptance of the theme and visions set for the Summit. lt also showed the unity and formidable strength that the cooperative sector can boast of.” Pete Ilagan emphasized. Incidentally, the theme of the summit is “Co-ops 2020: Raising the Bar” which revolved around the ICA Blueprint for Cooperative Decade. “Owing to my belief that the time has come for the coop sector to get itself involved in the power sector as it can utilize its combined national resources of about PhP 430 billion in assets and 13 million member.” Pete Ilagan added. As a resource expert in the Service Cluster Session, he requested for a follow up meetings with the CDA and PCC to expound his recommendations on cooperatives involvement in power generation to answer the looming energy crisis. It turned out that the break-out session that he spoke before had measly attended by few hundreds and the time constraint limited his presentation on salient points.

During the opening of the Summit, the organizers never expected the huge attendance of the delegates as the venue, Waterfront Hotel Convention Hall, were filled up to the rafter. They were expecting only 3,800 participants in the event but more than 4,300 persons witnessed the biennial co-ops festivities. In the hallway leading to the entrance of the convention hall, there were information booths showing the products and services of some partners like the Land of the Philippines (LBP), National Confederation of Cooperatives (NATCCO),PEF, PAMI, CISP, PFCCO National, C21 Techno Venture, Manila Water, Globe Coop Net, VICTO/PCF, Pascual Health Care, MASS-SPECC and CLIMBS.

In his welcome remarks, Mayor Mike Rama of Cebu City mentioned that cooperatives is a manifestation that put to life the adage: united we stand, divided we fall. “We have a beautiful country with people who can bring us to fruitful and beautiful tomorrow through cooperativism,” Mayor Rama stressed.

Cebu Provincial Board Member Jude Thaddeus Ouano, on the other hand, read the solidarity message of Governor Hilario G. Davide, Jr. which commended cooperators in harnessing their potentials to be pro-active not only in the cooperative affairs but also in the affairs of the government. He expressed his belief that by cooperative members’ active involvement in sustaining cooperative operation will “evolve into a willed and strong partnership of [cooperative] sector with that of the government.” Governor Davide, Jr. emphasized in his written message that “Your involvement has always been our desire, because it cannot be denied that you have men and women who are not only skilled and capable but more importantly have the heart, mind and soul to sustain programs to its fruition for the benefit of everyone.”

On the part of Mandaue City, Councilor Bethooven Andaya who happened to be the Chairperson of the Regional Cooperative Development Council of Region 7, conveyed the greetings of Mayor Jonas Cortes. He salutes cooperatives’ resiliency by standing firm and strong in times of economic difficulty.

The “Bigay Pugay” is first of its kind as the citation is given by no less than the Philippine Cooperative Center – the recognized apex coop body in the country. PCC General Manager Elsie Remonte explained that “Bigay Pugay is awarded to any cooperator who deserves our collective Salute.” Unveiled during the Cebu 12th Coop Summit, we expect that this will be carried on the succeeding years. ”we will continue to honor members, management and staff who have become worthy of the award, in various categories, in spontaneous achievements and feats worthy of recognition.” Manager Remonte added.

Just like the previous summit, immediately after the opening rituals, the CDA handled the next part which was the Gawad Parangal. 87 nominees took the center stage vying for awards in eleven categories. (See List of Winners)