THE Cooperative Development Authority (CDA) said there is a need to overhaul the country’s rice importation system to prevent unscrupulous traders from using cooperatives as dummies so they can take advantage of the co-ops’ tax exemption privileges.

CDA Chairman Orlando R. Ravanera said the agency is capable of determining the capacity of farmers’ cooperatives to import rice. Despite this, the CDA is not part of the importation process. 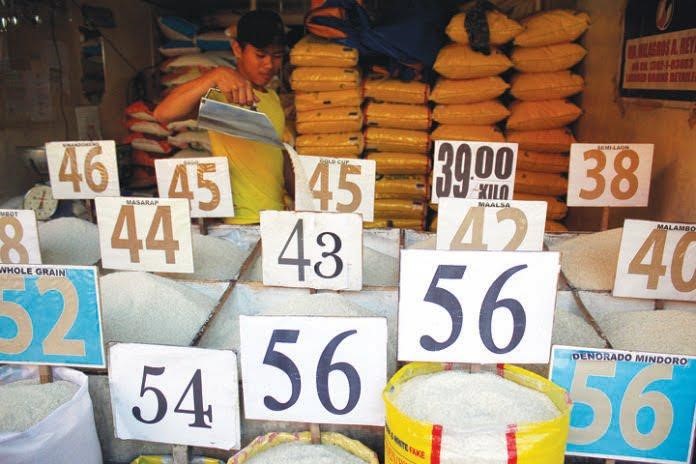 Prices of assorted varieties of rice are seen at the San Andres public market in Manila in this BusinessMirror file photo.

THE Cooperative Development Authority (CDA) said there is a need to overhaul the country’s rice importation system to prevent unscrupulous traders from using cooperatives as dummies so they can take advantage of the co-ops’ tax exemption privileges.

CDA Chairman Orlando R. Ravanera said the agency is capable of determining the capacity of farmers’ cooperatives to import rice. Despite this, the CDA is not part of the importation process.

His startling revelation comes just weeks before the first anniversary of the effectivity of the rice trade liberalization law, which deregulated the Philippine rice industry. As expected, the months after the law’s effectivity saw a surge in rice importation activities, making the Philippines’s the world’ top rice importer in 2019.

Such surge, however, was marred by allegations that certain big rice importers and traders were profiting from the law by using the licenses of established farmer cooperatives and aggregators.

Ravanera disclosed that the CDA is not part of the ongoing probes and crackdowns being conducted by the government on farmers’ cooperatives, organizations and associations being used by unscrupulous rice industry players as their dummies (See, “Pre- and post-rice trade liberalization law, big traders gaming farmer groups,” in the BusinessMirror, October 31, 2019, and “Farmer groups ‘top rice importers’—are they?,” in the BusinessMirror, November 21, 2019).

Prior to 2015, he said the CDA was a vital part of the rice importation system as farmers’ cooperatives seeking to purchase rice from abroad must secure a certificate of good standing (CGS) from the agency.

The CGS, he said, determines if a cooperative is indeed capable of importing rice in terms of its financial status and whether it has the requisite warehouses.

Prior to issuing the certificate, the CDA conducts physical inspection of the coop’s office and warehouses to verify their capability to import rice. The CDA will not issue the CGS if it deems the coop incapable of importing the staple.

However, Ravanera said the National Food Authority (NFA) removed this requirement for participation in the private-sector importation program in 2015. He said the NFA did not say why it removed the CGS.

Ravanera explained the significance of the CGS: “We assure that when we certify a cooperative, they really have the capacity to import rice. [This dummy scheme] never happened before because it was a policy of the NFA that any cooperative that will participate in rice importation must be certified by the CDA [as being] in good standing.”

He told the BusinessMirror: “And it could never have happened if that [CGS] was not [removed] by the NFA as a fundamental requirement of a cooperative’s participation. Because how can they be used [as] dummies if they are capable of importing rice?” he added.

The CDA’s participation in the private-sector importation was limited to verifying to the NFA that the cooperatives submitted the same financial documents to the food agency.

However, Ravanera said the agency puts in a disclaimer in every certification of a coop’s financial statements that the CDA is not vouching for the coop’s capacity to import.

Out of the loop

Ravanera said he has tried to reinstate the CGS requirement and that he even wrote to then-Cabinet Secretary Leoncio Evasco Jr. However, he said his appeals fell on deaf ears.

“I’ve been telling them that sans the CGS, the tendency is for cooperatives to be used by unscrupulous traders to actually use the coop’s tax exemptions, the highest privilege given to cooperatives,” he said.

Under the charter of the CDA, cooperatives with accumulated reserves and undivided net savings of not more than P10 million shall be exempt from all national, city, provincial, municipal or barangay taxes of whatever name and nature.

Ravanera appealed to the Department of Agriculture to again allow the CDA to participate in the country’s rice importation scheme.

“We are outside the loop from the beginning. We could have implemented preemptive [measures] if we were part of the importation process from the start,” he said.

“There should be a radical overhauling of policies. [CDA] should really be part of the import scheme because we can determine if coops are capable of importing rice,” Ravanera added.

Citing Article 12, Section 15 of the Constitution, Ravanera said the CDA should also be part of the DA’s investigation into farmers’ groups, including cooperatives, being used as dummies by unscrupulous industry players.

The Constitution states that Congress shall create an agency to promote the viability and growth of cooperatives as instruments for social justice and economic development.

“This will allow coodination among agencies, which is an approach that the President wants us to adopt: a whole-of-nation approach,” said Ravanera.

With the recent amendment of the CDA’s charter, he said it now has the legal power to impose stiffer penalties on erring farmers’ cooperatives aside from canceling their registration and removing their officers.

He said the “dummy” scheme affects the reputation of successful and compliant cooperatives who have managed to raise their assets to millions and even billions.

Despite this, Ravanera said he still believes that farmers’ cooperatives should be empowered to become agripreneurs capable of venturing into legitimate and lucrative businesses such as rice importation.