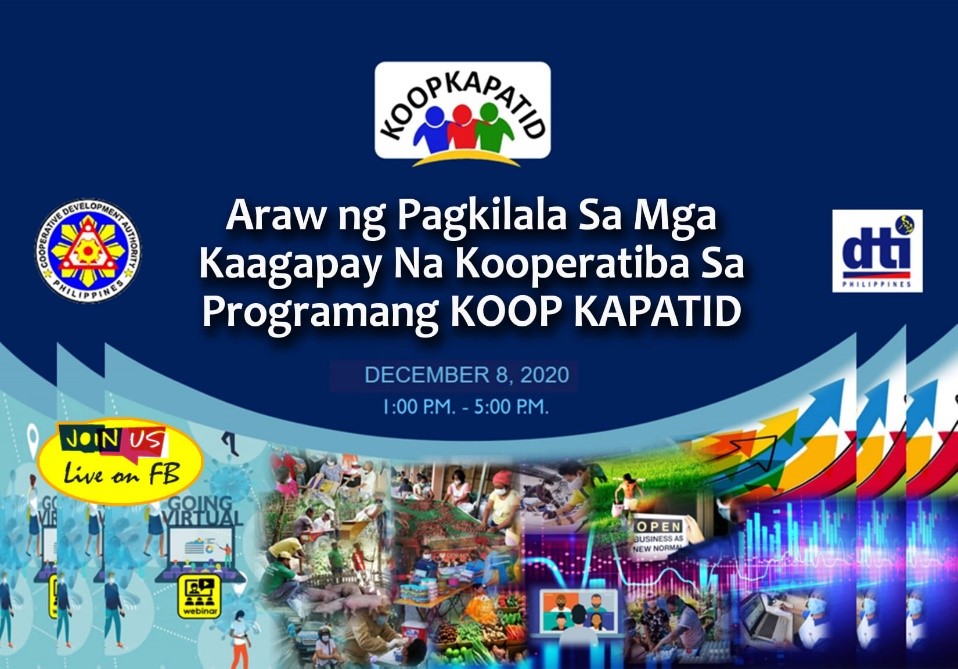 The culmination activity for the recognition of “Big Brother” cooperatives for the KOOP Kapatid program was recently conducted with 56 medium and large cooperatives all over Visayas and Mindanao regions were awarded for their partnership with CDA in extending technical and financial assistance to small and micro cooperatives.

The virtual program, dubbed as “Araw Ng Pagkilala Sa Mga Kaagapay Na Kooperatiba Sa Programang Koop Kapatid” was held on December 8, 2020 and was streamed live via CDA Philippines’ Facebook page. It was the first recognition program conducted for Koop Kapatid partners since the program’s inception in 2018.

The “Big Brother” cooperatives awarded were as follows;

The event was attended by CDA Chairman Orlando R. Ravanera and Executive Director Ray R. Elevazo who thanked the awardees for their support and selfless contribution for the empowerment of micro and small cooperatives through the various assistance they extended. 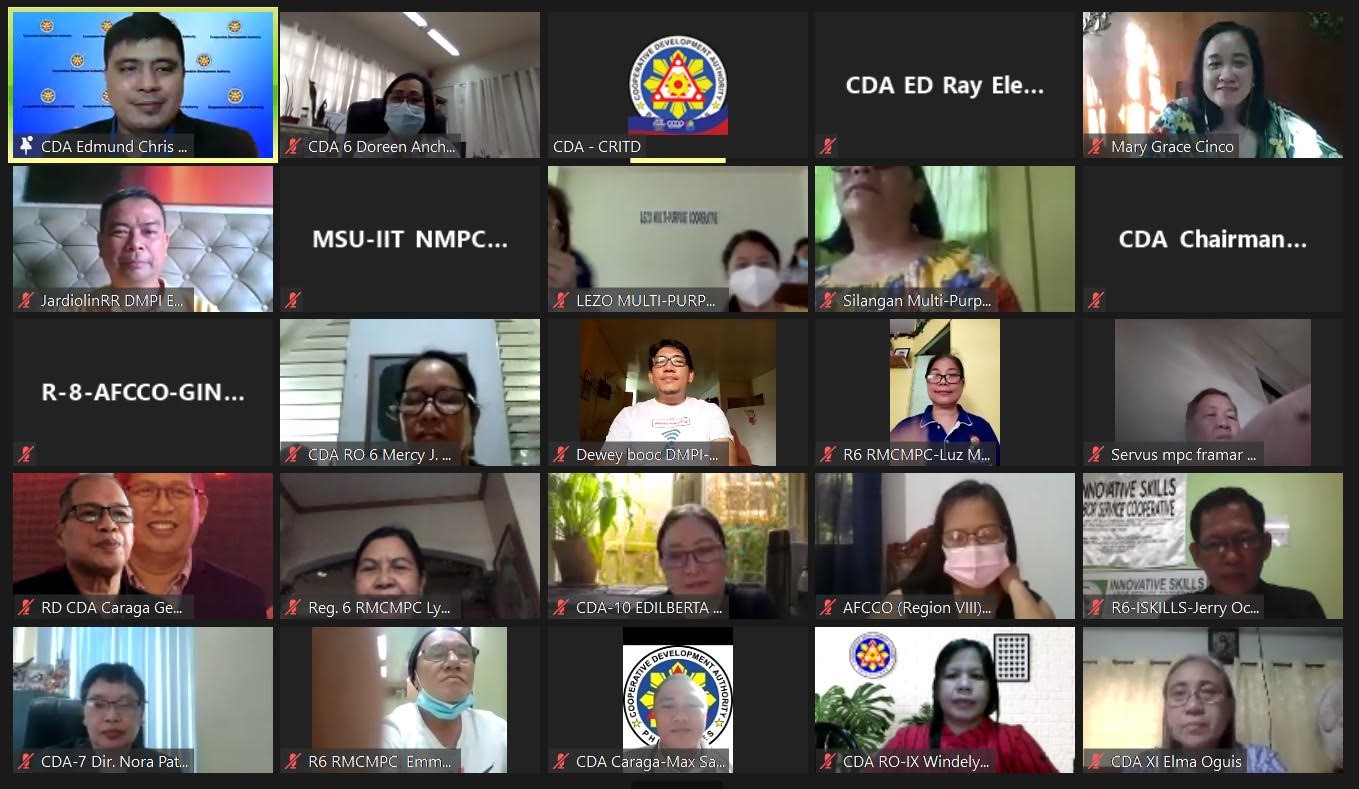 A video message from Datu Modesto Pocol of Kitanglad-Kalatungan Producers Cooperative-Region X, a small brother beneficiary of the PLDT Employees Credit Cooperative (PECCI) was shown where he highlighted the construction of a training center for the members’ use during seminar-trainings as PECCI’s significant contribution.

Special citations to the CDA Iloilo and Cagayan de Oro Regional Offices were given for having the highest number of “Big Brother” Cooperatives in Visayas and Mindanao regions, respectively, to join the KOOP KAPATID Program. Both offices were cited for their efforts in bringing more Cooperative-Partners into the fold of brotherhood or “kapatiran’, by going the extra mile, resulting to more cooperatives empowered and members capacitated, thereby opening more opportunities for economic development in their community. CDA Regional Office VI Director Doreen C. Ancheta and Regional Office X Director Glenn S. Garcia gave their respective messages of appreciation for the award of recognition, and expressed their continuous support to the program, so that more micro and small cooperatives can benefit from the CDA and “Big Brother” cooperatives partnership.

The KOOP KAPATID Program is being implemented by the Cooperative Project Development and Assistance Division (CPDAD) who was the over-all in charge of the activity for Luzon (October 30, 2020), Visayas and Mindanao regions. /mgc 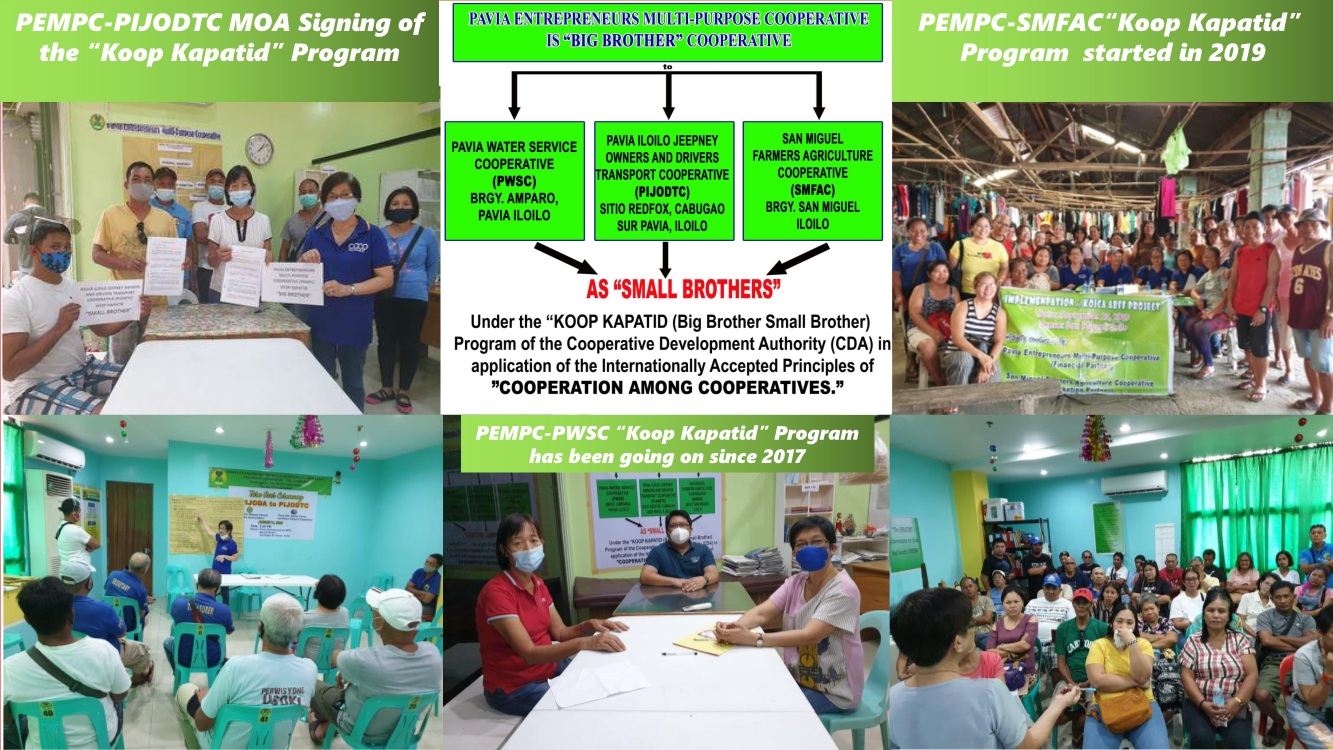 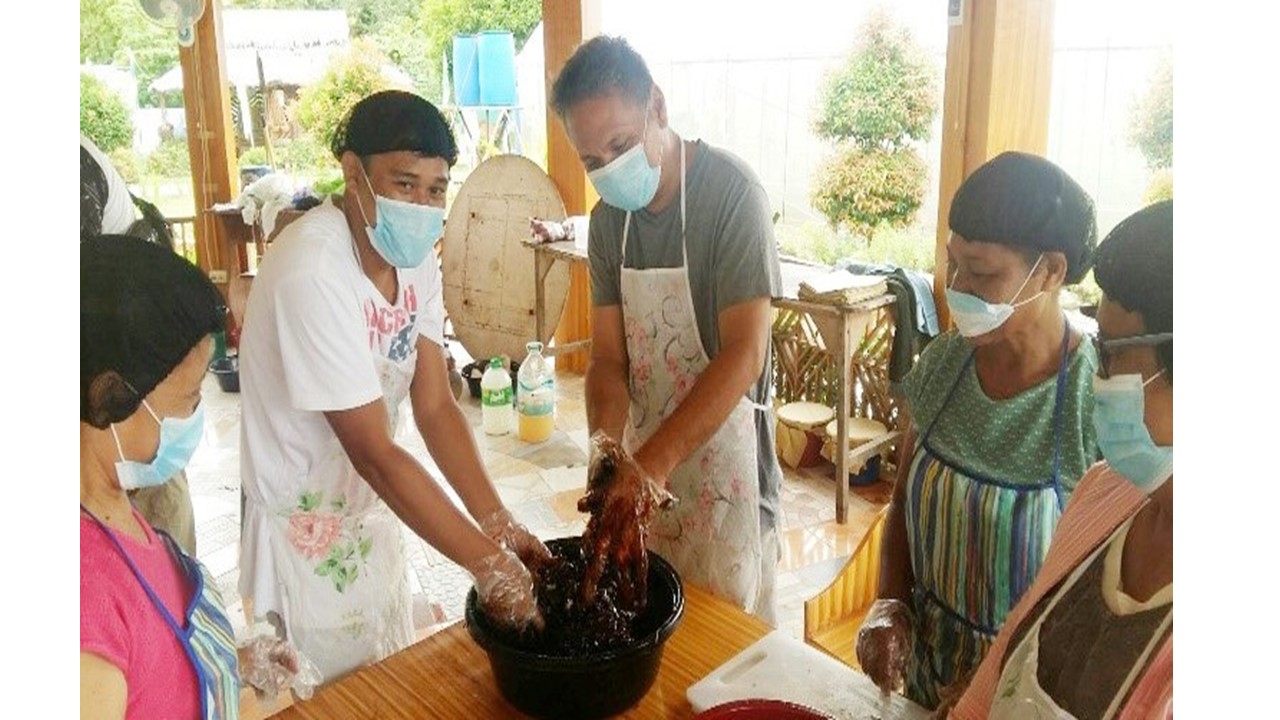 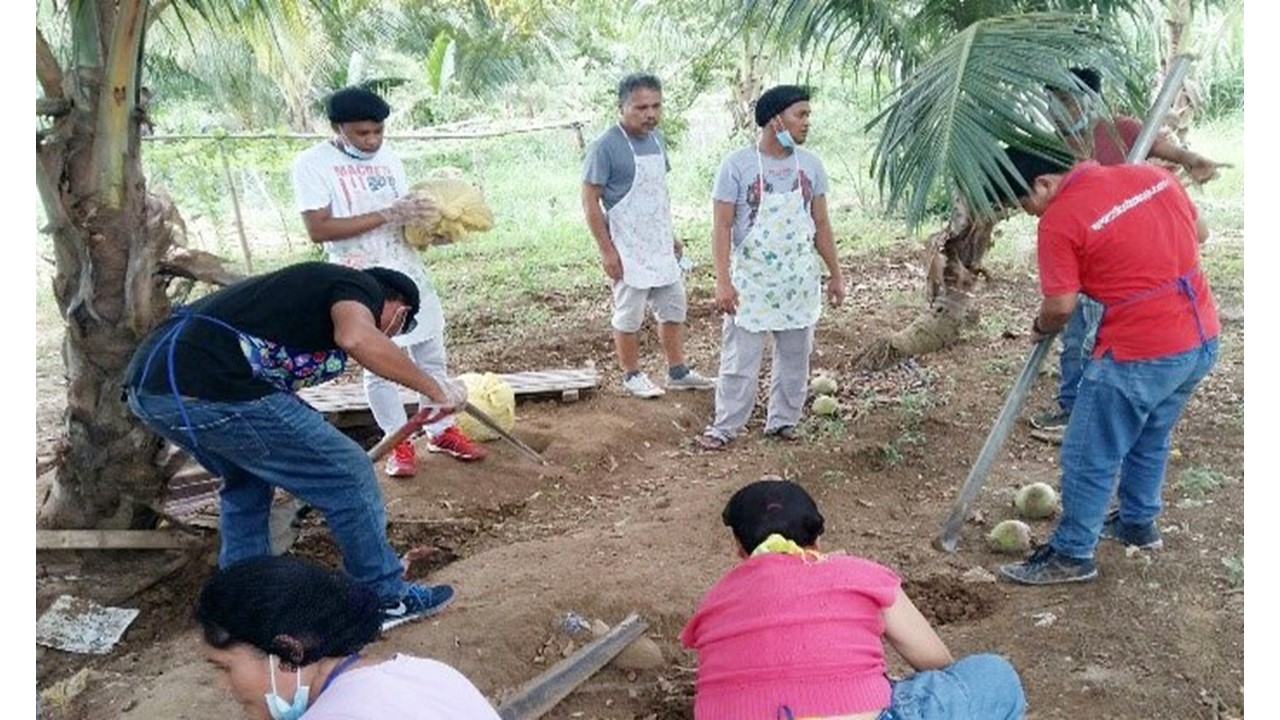 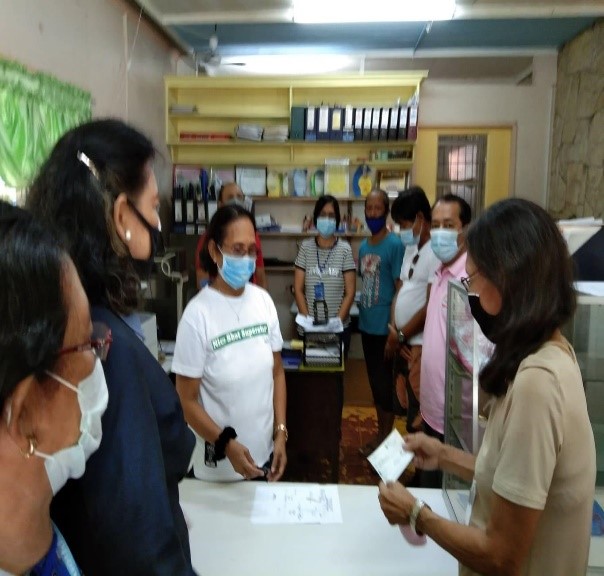 Region 8 – Kasugbong MPC treasurer Mrs. Rosalia T. Roncesvalles turn over a check amounting to 25,000 as cash assistance to Small Brother Coop BPCC, witnessed by Dr. Asela A.  Cabaňas and BODs from both cooperatives. 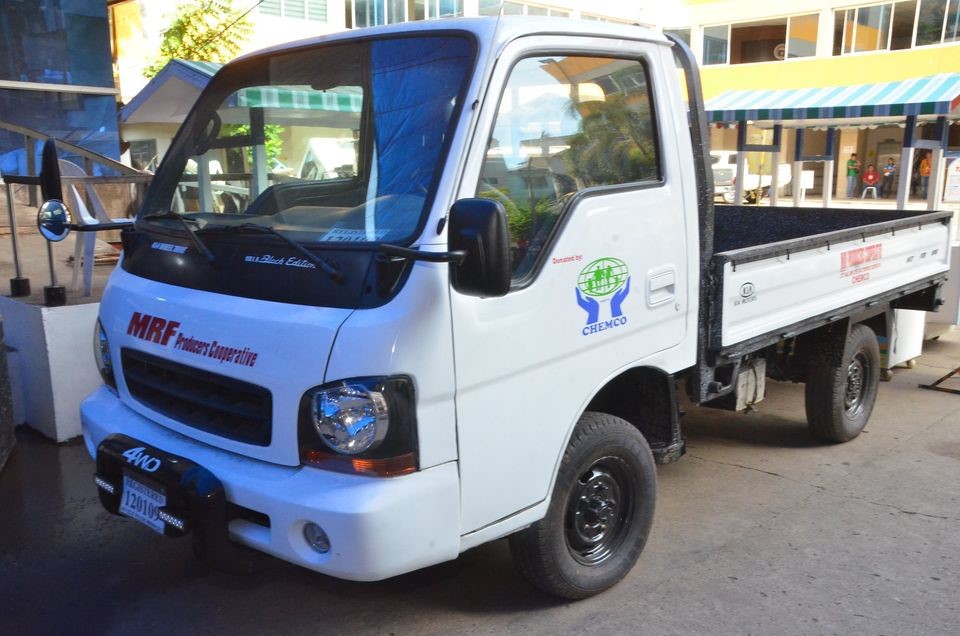 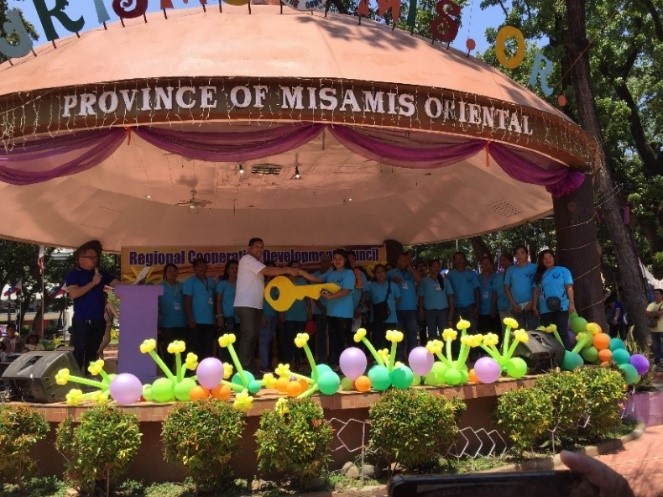 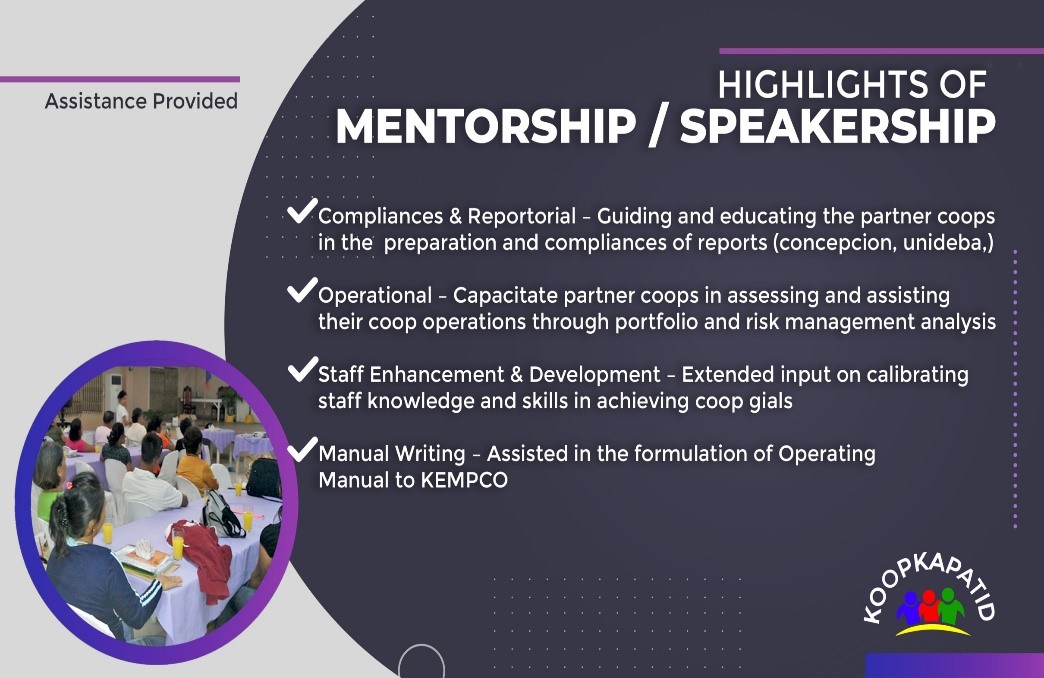 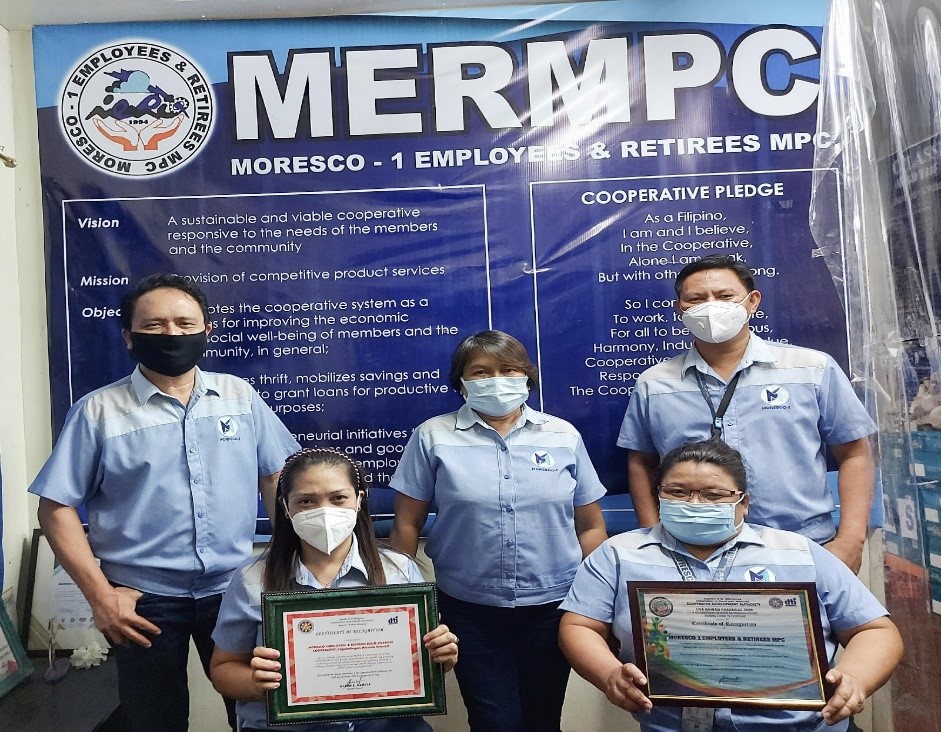