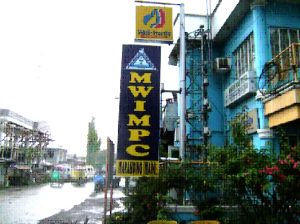 “Let a hundred flowers bloom and a thousand hearts content,” this dictum speaks well of the seventeen (17) dynamic women of Maranding in Lanao del Norte who in 1996 organized the Maranding Women Investors Multi-Purpose Cooperative (MWIMPC) with an initial capital of P19,500.

The blooming of the flowers, no matter how beautiful, pales in comparison to the blooming of the women of Maranding whose number has since multiplied to 14,817 and whose initial capital of P19,500 has now reached P84,000,000.00 (Eighty Four Million Pesos)!

What these women envision is just to have a stable and dynamic cooperative with a heart in a progressive society, yet, it is that simple vision that did shape the future for them in the island of Mindanao which has been described as “a major performer and a primary contributor to the country’s productive capacities.”  However, it is a “development characterized by exploitation, where dominant classes, distant elites and rapacious transnational corporations deplete the island’s resources leaving the majority of the population in poverty.”

Mindanao, aptly called the “food basket” of the nation, oozes with abundant natural resources – vast agricultural lands, teeming fisheries, huge mineral deposits, rich in forest resources – yet, its six regions are suffering from high poverty gap ratios compared to the regions in Luzon and in the Visayas.  The poor in Mindanao are the poorest through-out the nation and where 14 of the 25 poorest provinces are found.

However, the lethal combination of poverty, conflict and gender inequalities have no match against the determined women who are working together to reclaim back the future for their children.  They are now serving notice to one and all that they have awakened and that, they will not allow anymore poverty to strip them of their God-given dignity. Through their cooperative, they are collectively harnessing their potentials, energies and experiences.

Gone are the days of the loan sharks who are now relegated by the empowered women into the dustbin of history. Yes to good governance as they are now participating in local governance.  Women empowerment has, indeed, come of age.

The women are exemplifying what it is to have a heart in a progressive society as manifested in their giving of gifts to prisoners, distributing school supplies to first grade pupils in the identified depressed areas, feeding program to less fortunate, conducting gift-giving programs on Christmas, paying tributes to parents and getting involved in various health services and church activities.  Indeed, “a thousand hearts content with the blooming of the flowers in Maranding.”

The blooming of MWIMPC has become a beacon of light and hope amidst the darkness and despair of poverty and conflict. The cooperative is now well connected to government agencies and the non-government organizations  for financial and technical support.

MWIMPC is now scaling the heights as it is into diversified and multifarious activities.  It is thankful to TESDA for its Bee-Keeping Project and as extension provider of its Computer Literacy Program; it is grateful to MIVA Netherlands for the provision of vehicle, a brand new Toyota Revo; to John Snow Research and Development Institute with funds from USAID for the establishment of the Well Family Midwife Clinic; and to the European Union through the Support to Agrarian Reform Communities in Central Mindanao (STARCM) for augmenting funds for its beekeeping project.

The cooperative has undertaken holistic programs and services. To debunk conventional agriculture which is only successful in polluting the environment with toxic chemicals and further impoverishing the peasantry, it is conducting trainings on Sustainable Agriculture in coordination with the Agricultural Training Institute. To give a helping hand to battered women and children, it operates the Lanao del Norte Women and Children Development Center with the support from the British Embassy.

With the assistance of the Japanese Embassy in the Philippines, MWIMPC now operates and manages the Cooperative Training Center for Women in the province.  Soon, a 5-hectare subdivision housing project of the cooperative for its members will rise in the poblacion of Maranding with the support from the PAG-IBIG Fund and the National Housing Authority.

The MWIMPC shows the way on how to make life better for its more than 10,800 members by promoting grassroots economic viability, proving that the poor are bankable. It has manifested its business adroitness and excellence in micro-finance service, thus, earning the trust of partner financial institutions.   These partner-institutions are: the Department of Trade and Industry, the  National Livelihood Development Council, Lank Bank of the Philippines, SEEDFinance, Inc., Oikocredit Ecumenical Development Cooperative Society, UCPB CIIF Finance and Development Corporation, the Peace and Equity Foundation in Mindanao and Small Business Corporation.

MWIMPC is now operating four (4) branches, six (6) Unit Offices of Savings and Credit Centers all over the province of Lanao del Norte and has employed some sixty-four (64) Management Staff under the outstanding leadership and entrepreneurial acumen of Madam Marilou E. Banding, the General Manager.

With its core values of commitment, honesty, oneness, spirituality, excellence and neutrality (in settling disputes in fair and just manner), MWIMPC is the long-awaited empowering and transformational leader whose wondrous holistic performance shows the way on how to have peace and prosperity in this broken but beautiful island of Mindanao. (Orlan R. Ravanera)