Awareness is the key. Thirty-eight (38) CDA Caraga personnel joined the orientation-training on 2022 Disaster and Reduction Management Awareness recently conducted. Spearheaded by the General Services Section (GSS), the activity was held at the conference hall of the CDA regional office, Butuan City, August 31, 2022. 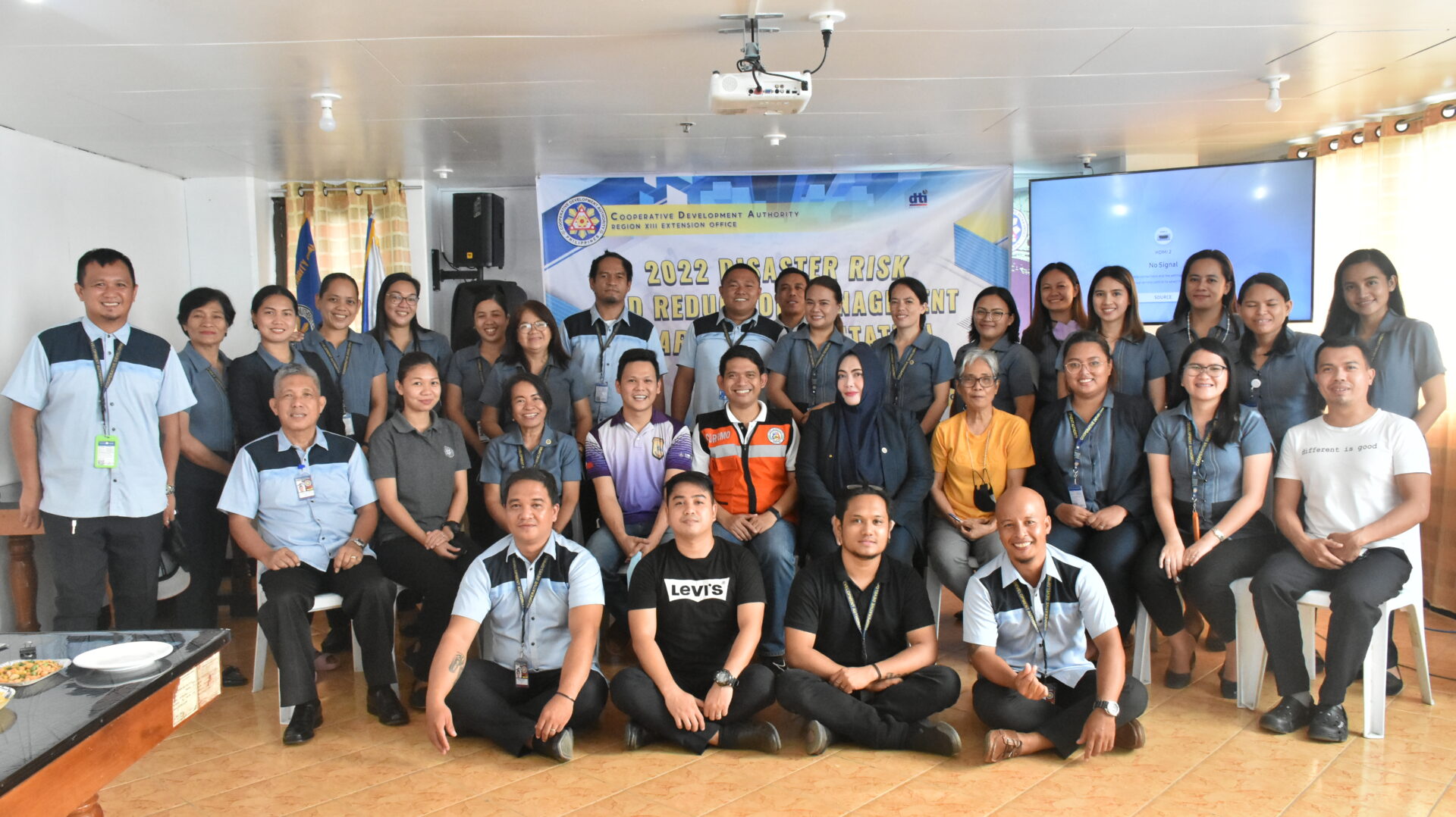 The learning session included vital information discussed by the resource person, Mr. Elmer L. Casapao, Training Division Chief of CDRRMO-Butuan and Mr. John Paul A. Aquino emphasized that in the Philippines, the “Pacific Ring of Fire” is situated within the seas of Caraga making it vulnerable to frequent earthquakes and volcanic eruptions. 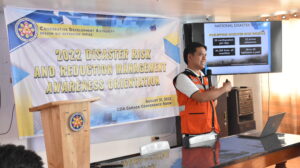 In fact, an average of 20 typhoons every year visit the country, almost often, five of which are destructive. With this in mind, there is no way that people can prevent or eliminate hazards brought about by the weather climate but the effect of these hazards can be lessened or mitigated, at the very least to avoid a disaster.

He mentioned, for example, that some barangays of Butuan lie within the fault line. To mention, the following are: Ampayon, Antongalon, Basag, Camayahan, Florida, Los Angeles, Maibu, Santo Nino, Sumile, Sumilihon and Taguibo. He added that, the government are doing mitigating mechanisms to ensure the safety of the people living in these barangays. 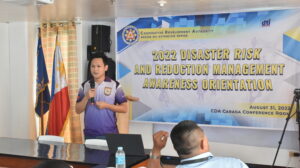 For preparedness, he instructed that each family should have an emergency kit or GO-BAG that would support survival when disaster happens. Go-Bag should contain the following: (crucial for the first 72 hours) Food (ready to eat) and water, Phone charger and battery power bank, Small battery-powered or hand-crank radio, Battery-powered or hand-crank flashlight, Extra batteries, Small first-aid kit and personal medications, Personal toiletries and items, such as an extra pair of glasses or contact lenses, Copy of your emergency plan, Copies of important documents, such as insurance papers and identification, Cash in small bills, Local map with your family meeting place identified, Seasonal clothing and an emergency blanket, Pen and notepad and whistle.

One of the CDA Caraga personnel commented that he is thankful for the opportunity that he was able to attend such orientation. He shared his realization to give importance to awareness and preparedness.  ARD Bungabong, thanked the two (2) trainers in behalf of the office and ended with an invitation, “. . . hopefully this will not be the last activity we will be having with you!”.

The curtain call was the distribution of certificates to the participants and giving of Certificates of Appreciation to the two (2) resource persons, with some gifts as tokens. Then it was followed by a photo documentation. ******