Philippine Standard Time:
Auxiliary Menu
You are here: GAD ON THE AIR: “CDA-MC 2013-22, WOMEN IN THE COOPERATIVES” | CDA
LOCATION ADDRESS

Women should take active participation, “be part and parcel”, in development planning. A powerful dictum by Charles Malik says that, “the fastest way to change society is to mobilize the women of the world” ! 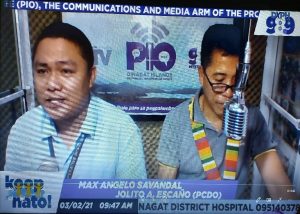 The program on the air took up GENDER SENSITIVITY, starting with the discussion on Sex and Gender. How we distinguish one from the other to understand the biologi- gical classification of men and women and the different roles given to them by the society

The radio program also discussed Gender Equality, defined on the perspective of coope-  ratives as a vehicle to attain holistic development. In the cooperative, no one should be left behind regardless of gender preferences, religious affiliation, ethnic and sector. “They all belong”, a GAD motto.

Tools assessing the progress of Gender Equality in the cooperatives was also presented. Provisions of MC 2017-04, reiterated specific changes on the use of terms that represent the gender-lenses of the cooperatives. For example, the term “Chairperson” should be used instead of “chairman” or “chairwoman”.

CDS Savandal also reminded the audience regarding the legal basis of the MC 2013-22 implementing Gender Programs in the Cooperatives which is the basic law, The 1987 Constitution.  Article II, Section 14 in the Declaration of Principles asserted that “The State recognizes the role of women in nation-building and shall ensure the fundamental equality before the law of women and men.”

Executive Order (EO) 273 or otherwise known as, ”The Philippine Plan for Gender-Responsive Development” (PPGD 1995-2025) was given importance.

GAD mainstreaming shall be implemented in the following mechanisms:

Section 6 (GAD Mainstreaming Mechanisms and Instruments) as provided in MC 2013-22 was also highlighted.  It is mandated that the GAD committee shall be composed of at least three (3) members, and that 1 member shall come from the Board. There should also be a GAD Focal Person to be appointed who comes from the Management. Education and Training Program that pertains to GAD was also encouraged. GAD Support Systems and Services shall be implemented by the cooperatives to address GAD and Gender Equality issues.

SDD (sex disaggregated data) reports that women constitutes the majority of members in the cooperatives, in the province. Per Cooperative Annual Progress Report Information System (CAPRIS)  of 2019,  a total of 33,178 or 58% women (Female) members outweighs the total of 24,317 or 42% men (Male) coop-members.

This data shows how women dominates the membership of the cooperative movement.

The data on employees of the cooperative also shows that most women members are taking-part in the operation of cooperatives. From a total of 570 (fulltime and part time) employees, 326 are women and 244 only are men. This confirms the major contribution of women in the workforce of the cooperatives in the province.

The radio broadcast was concluded but not until after the presentation of the special citation of the GAWAD PARANGAL, which is “The Best in Gender and Development Mainstreaming”  to recognize cooperatives which:

Finally, the program KOOP NATO of CDA-PDI Field Office extends and assures the listeners that the Cooperative Development Authority-Caraga Extension Office led by Regional Director, Genaro D. Pogata Jr, do values and salutes all women- in their indispensable role in community development.

To the cooperatives, and to the whole of the Nation, in general. . .  we say, Mabuhay !