In celebration of the cooperative month, the cooperative sector gathered together for a motorcade along the main and significant thoroughfares in Caloocan City.  This was organized by the Caloocan City Cooperative Development and Coordinating Office (CCCDCO), Cooperative Development Council (CDC), and the Local Government Unit (LGU) as a kick-off activity which also aims to inform the public about the Celebration of the Cooperative Month every October.  There was a festive ambiance as the participants came in groups bringing with them tarpaulins which featured the cooperative theme:  KOOPINAS:  NAGKAKAISANG LAKAS PARA SA MAKABULUHAN AT SAMA-SAMANG PAG-UNLAD!  The streets beside the New Caloocan City Hall were filled with various vehicles to which balloons were tied to their side mirrors as well as tarpaulins of participating cooperatives on the side, all geared up for the motorcade.  After the registration and distribution of food packs to the participants, the motorcade started at exactly 9:00 in the morning. 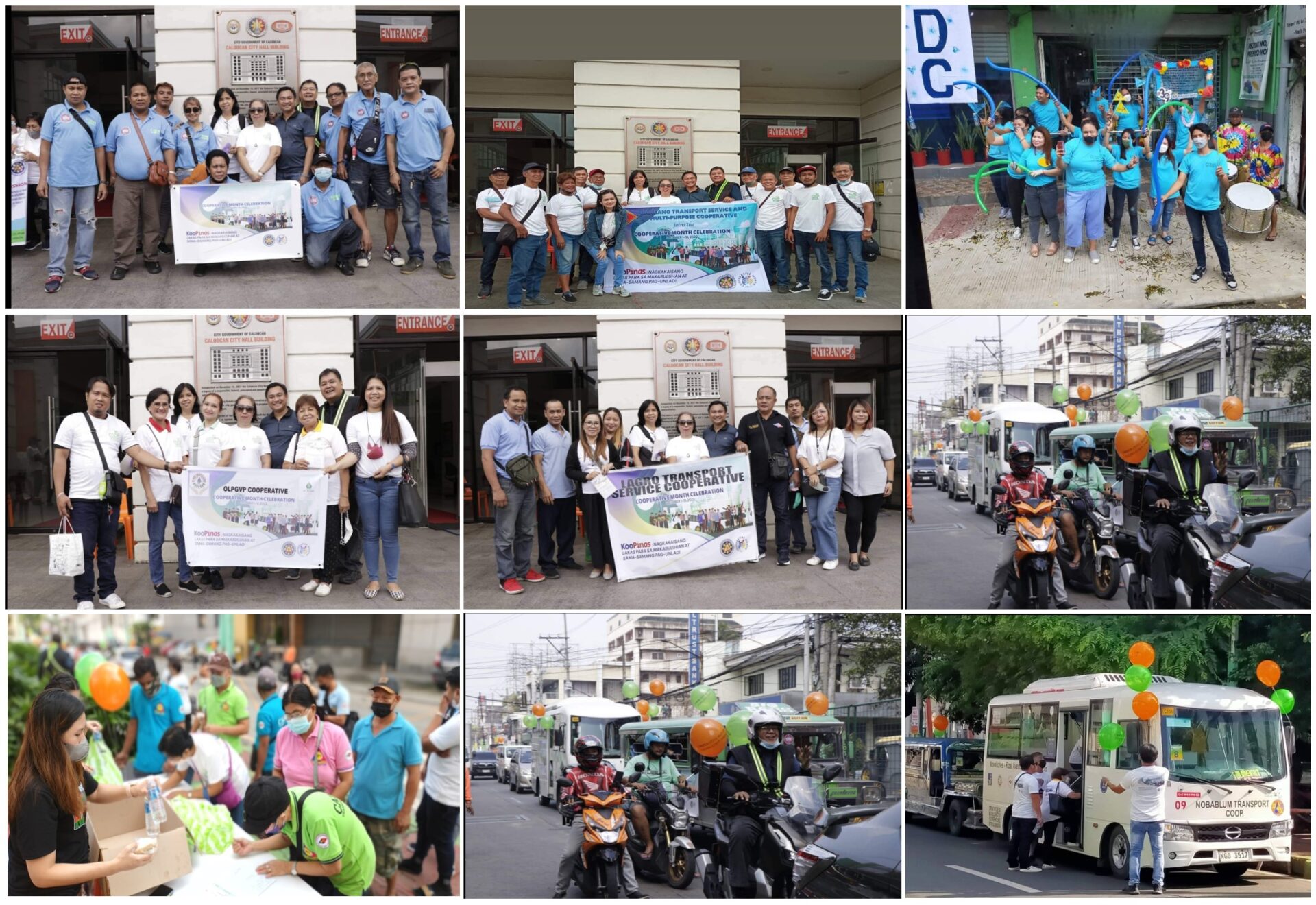 It was such a nice atmosphere to see the participants greeting each other and taking groupies before they finally got in their vehicles for the motorcade.  They waved and gave fliers to people as they passed by Bagong Barrio Market.  The motorcade was also greeted by the Birhen ng Lourdes Parish Development Cooperative (BLPDC) cooperators who were in a jovial mood as they were waving their balloons and dancing to the beat of the drums right outside their cooperative office.  Truly the excitement was felt since a few years have passed since the last motorcade was held during the coop month celebration.

As the motorcade headed back to the New Caloocan City Hall grounds, more group pictures were taken amidst the ongoing merrymaking.  Everyone was looking forward to the other activities scheduled within the month as part of the Cooperative Month Celebration.