The recognition of Regional Clustered Organizations (RCOs), Sectoral Apex Organizations (SAOs) and the National Alliance of Cooperatives (NAC) as provided under Rule IX, IRR of the amended charter of CDA, RA 11364 was implemented through CDA MC 2020-28. It is to give way in the creation of a unifying organization that represents the interests and welfare of the cooperative movement, as well as to systematize the consultative mechanism of cooperatives.

The activity was graced by CDA Chairperson, Usec. Joseph Encabo,  giving a solidarity message to 68 cooperative participants constituting quorum of the GA. Legal bases and election mechanics were discussed by Dir. Pedro Defensor, which was then followed by the election proper. Election was conducted through virtual poll with the following elected representatives: 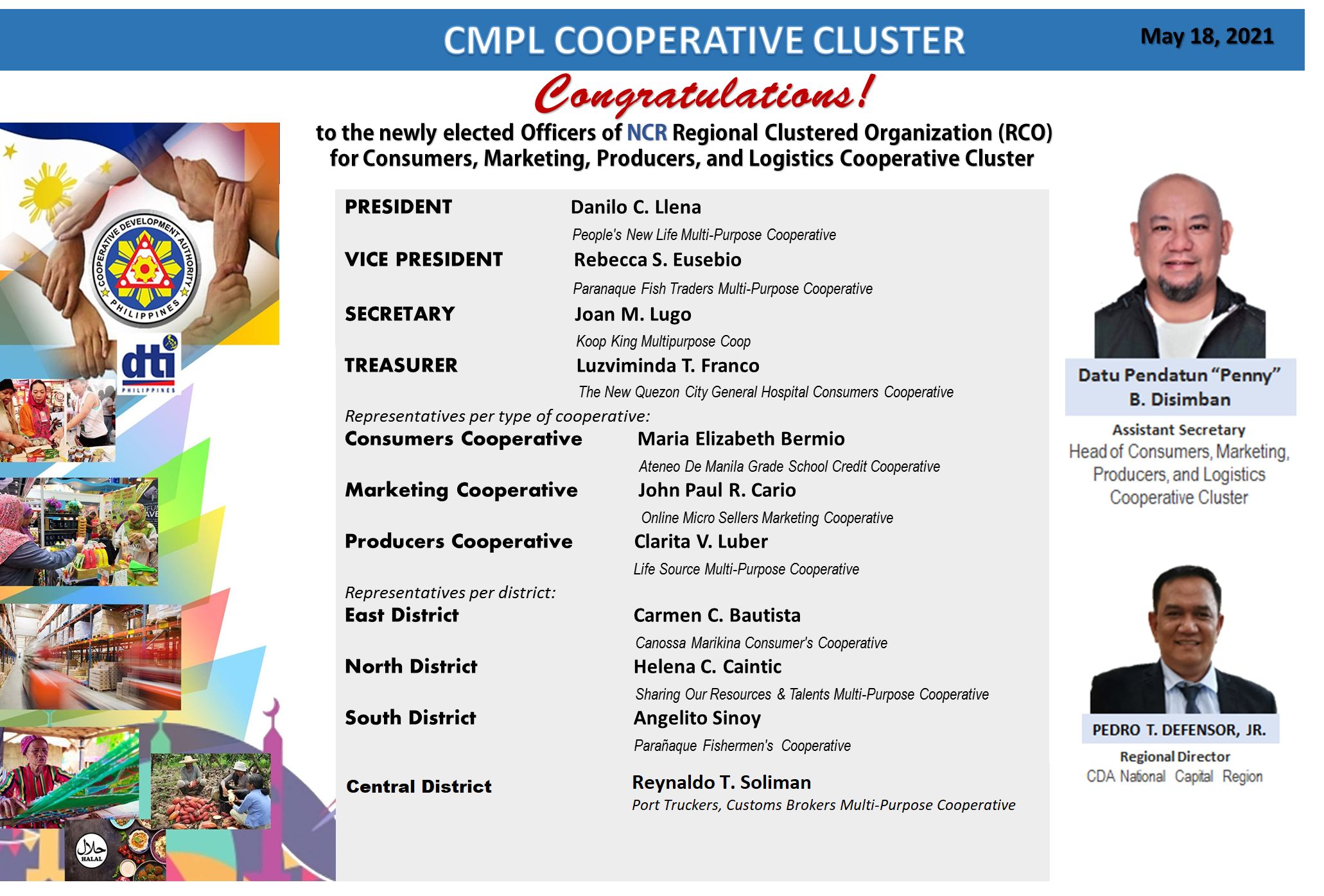